Ethereum near a 12-month low

The second-largest cryptocurrency, which is often used in ICOs, is down nearly 15% today 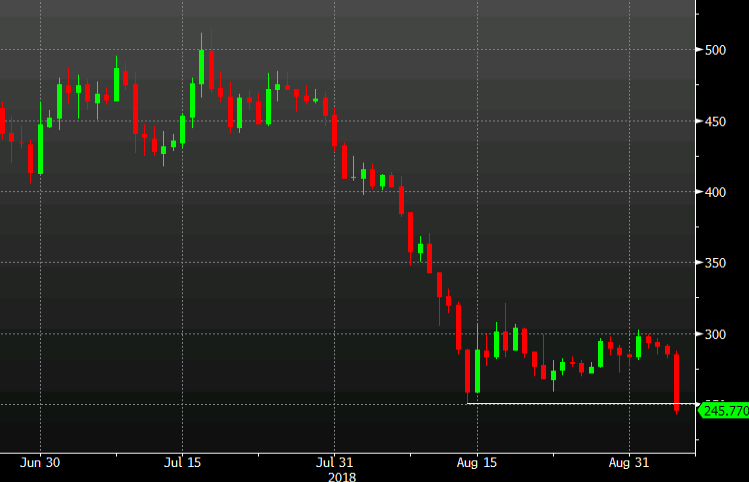 The plunge breaks the August low of $250 and takes it back to where it was last September. It's now down 82% from its highs.

The market cap of Ethereum is now $25 billion, down from $142 billion at the peak.

Bitcoin is holding up ok today, down 5% but the broader market is getting slammed:

What a bloodbath.
ForexLive