Ethereum falls to lowest since May in crypto slump

Have a look at the ethereum chart. It's down 8% today and has broken below the August low to the worst levels since mid-May. 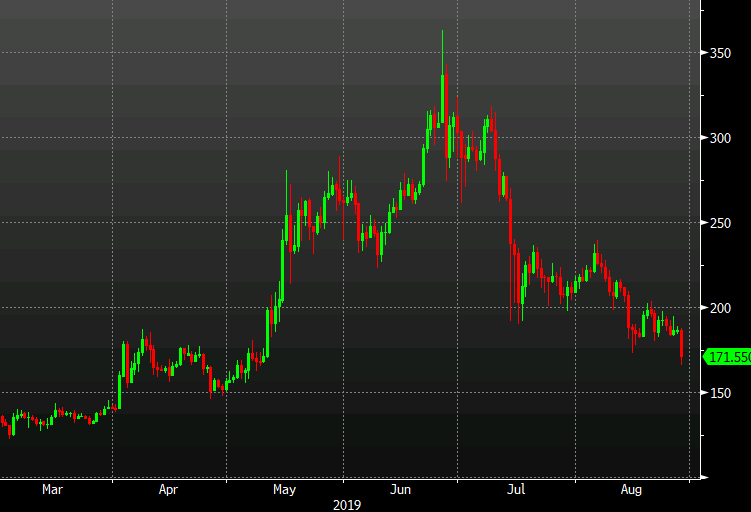 Last week, Vitalik Buterin warned about congestion on the ether blockchain.
"Scalability is a big bottleneck because the Ethereum blockchain is almost full," he said.
The ethereum chart is a particularly ugly one but it's part of a rough day for crypto. Bitcoin is down 4% while Litecoin is down nearly 9%.
The moves took place almost simultaneously about 90 minutes ago iwth bitcoin dropping about $600 before bouncing moderately.
Traders are pointing to the usual suspects, mainly tether but stops were part of the story with $150 million of longs liquidated at BitMEX.
While it looks bad in ethereum, the bitcoin chart is still above the July and August lows. Support at $9000 is key. 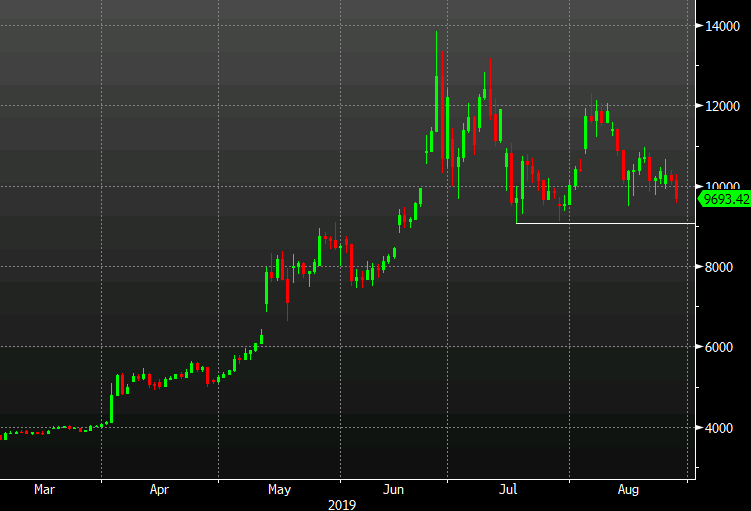