Why Ethereum is in freefall

Ethereum at a 16-month low

Effectively, Ethereum is a proxy for ICOs. The money from the coin offerings was paid in Ethereum and it's clear that ICO issuers are cashing out

The great thing about crypto is that you can see what's happening in real time.

Larry Cermak, tweeted "There is a big misconception that ICO companies have liquidated most of their ETH holdings." He adds "On average, all of these projects have moved or liquidated 62% of the amount that they initially raised. In other words, they are still holding 38% of the initially raised amounts."

That's actually bad news because it means they still have 38% to potentially sell. And if I know anything about market psychology it's that people are much more likely to sell when they see 42% of their net worth evaporate in 11 days.

In an example of how aggressive the selling has gotten in crypto, Cernak highlights that there are at least 12 ICOs who hold more value in Ethereum than their total current market cap. Some by a factor of almost 7x.

If only you could engineer some kind of takeover of HEROcoin, you could buy all the existing coins and simultaneously sell all the Ethereum to pocket a 680% return. 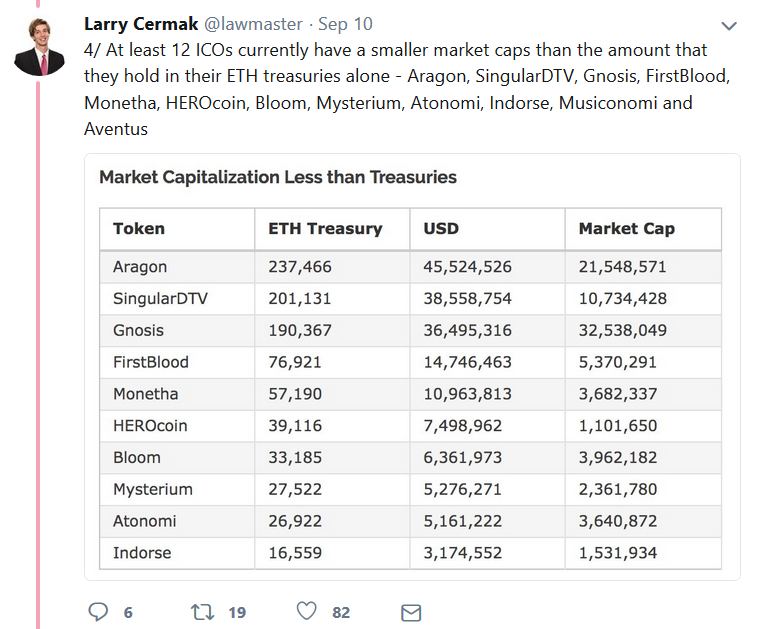