The bank says in a note released to clients last Friday

Currently, there are about 10 Bitcoin-linked ETFs awaiting regulatory approval, and it's still not clear when those funds will go live, if they ever do. But JP Morgan sees them as a game-changer for Bitcoin as they could facilitate the entrance of more retail investors into the market.
The benefits outlined with such a fund as to why it is the 'holy grail' are: 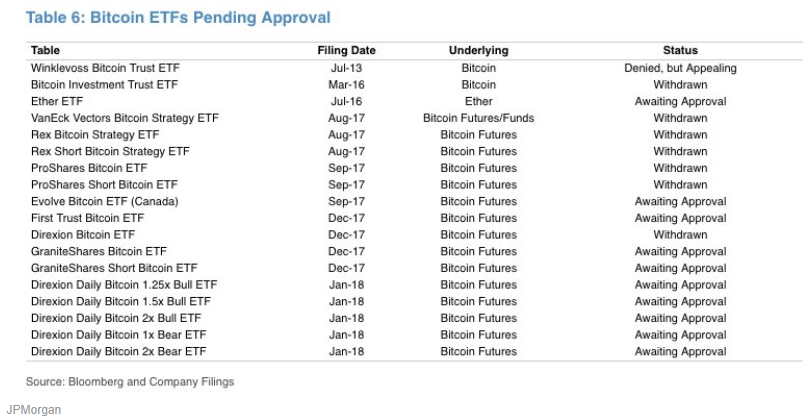 JP Morgan also says that the impact the ETFs could have would be similar to that of the first gold-linked ETF, which is the SPDR Gold Shares ETF launched in 2004.
They argue that "since its launch, retail access to gold has skyrocketed as new investors more easily turn to the gold market as a portfolio diversifier and as a foundational asset" - referencing that gold jumped from $440 from the launch in 2004 to a peak of $1,900 in 2011.
It sounds like someone is a little impatient in wanting to get a share of the pie. But hey, it's Wall Street. Did you really expect anything else?
--
Long live cryptocurrencies? Five insights from the ASAC Fund.