Kik messaging app to shut down (Update: CEO did not quit)

Some major drama in crypto (Update: the text sent to the reporter were fake, see update below) 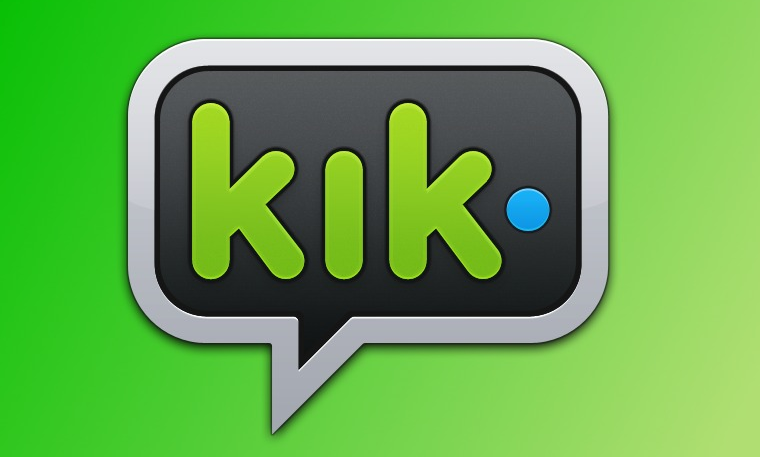 Messaging app Kik and its 300 million users (15m active) have been swallowed by the ICO boom and bust.
The messaging app started in 2010 and grew very popular among teenagers but two years ago the company pivoted to Kin in a $100m ICO.
In usage terms, it has become a successful cryptocurrency. It was initially seen as a kik token to be used to buy things within the app but it was really built as a way to a novel way to reward people for creating useful apps. An ecosystem of apps around kin has sprung up and in terms of consumer adoption, it's arguably the most-used crypto currency.
This is all great but the problems stem back to the ICO. In June, the SEC sued the company for the $100m ICO, saying it was a securities offering. The company disagrees, but it's in a tough spot because during the pre-sale a video showed showed the CEO of Kik saying "It will become super valuable"

"If kin were as popular as ether were  today, that 30% [of company-held tokens] would be worth 9 billion  dollars, that's awesome. We'd give some back to [investors]. You  invested $50 million, maybe we'll give you $500 million out of that $9 billion," he said.

Ominously, in the same video the CEO said, half-joking: "Turn the cameras off. That's going to haunt me one day. I hope not. Ooh, I'm already picturing it"
It continues to haunt him.
Today, the CEO announced he was shutting down Kik to preserve funds for the court fight. More than 100 employees will be laid off.
At the same time, the company isn't focusing on the old core business. It's retaining 19 employees and going "all in" on Kin.
"Today most cryptocurrencies rely on speculative demand from exchanges to fuel their crypto business models. But Kin isn't available on most exchanges, so we can't rely on speculative demand. Instead we need to become the first project that creates real demand by getting people to buy Kin to use it," the CEO said in the shut down announcement.
Naturally, Kin is down 30% today.

But it gets even weirder.
Earlier today the CEO appears to have accidentally sent messages to Coindesk reporter William Foxley rather than board member William Mougayar. Likely because he was drinking and selected the wrong 'William'. He sent at least three messages.
The reporter replied to CEO Ted Livingston that he might have sent them to the wrong person and asked for a response. "No comment" he said.
Just now, the CEO appears to have gone into damage control on Twitter:

I just landed in Washington. I took off from Tel Aviv 12 hours ago. This is obviously fabricated. I'm not sure how Coindesk could make such an obvious mistake, but we'll find out

Many Kik users are now switching to Telegram. The ForexLive Telegram group has 12,000 people talking about trading, join it here.
In an update to the story, CoinDesk has retracted its report on the messages from the CEO.

CoinDesk has become the apparent victim of a Telegram hoax, in which an unknown individual sought to spread misinformation by posing as Ted Livingston, CEO of messaging startup Kik.

CoinDesk regrets the error and the publication of the original story.

The company has since said that Livingston was on a flight from Tel Aviv, Israel, to Washington, D.C., en route to Toronto, at the time CoinDesk believed it was speaking to the executive and was he was not making use of the available internet connection and thus couldn't have responded to inquires.