Associated press report, conveyed by Market Watch, on a former employee of MSFT

Dunno abut the 'digital currency' bit.
At the margin yes they are correct, but its …. .
Apparently the plan was to steal $10 million in such "digital currency"
Here is the link for more.
---
Meanwhile, the big digital currency is having a big of a nightmare …. bitcoin chart update: 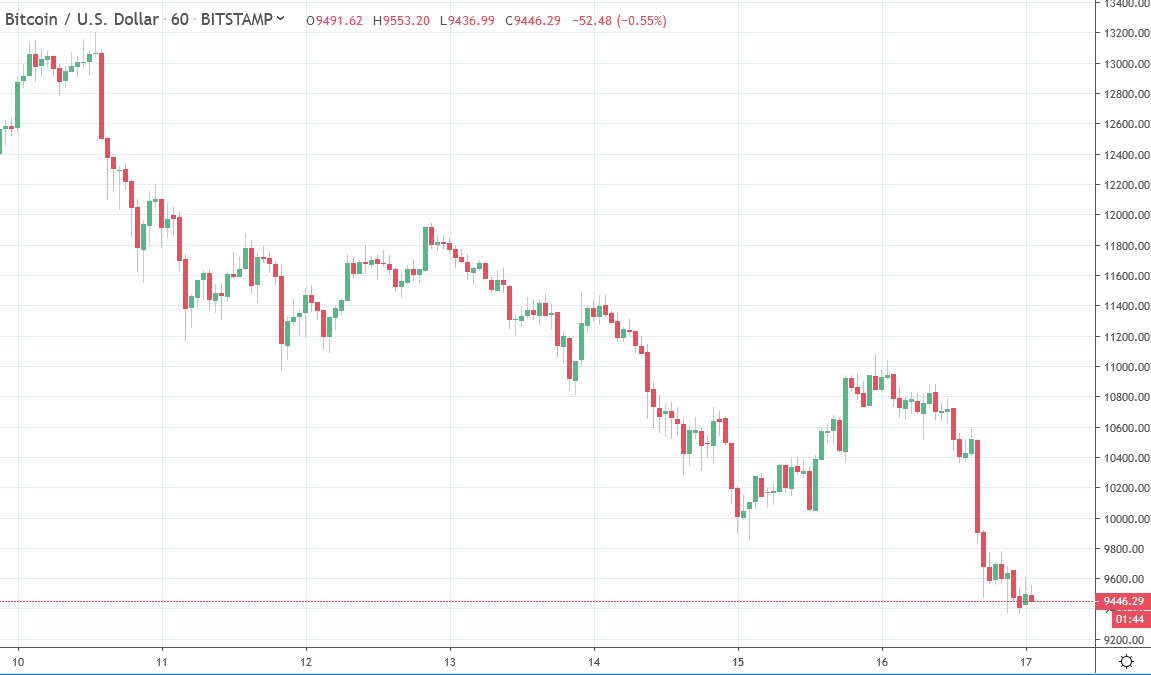 US regulatorees taking a cold hard look at Facebook's Libra not helping the cypto complex.
ForexLive