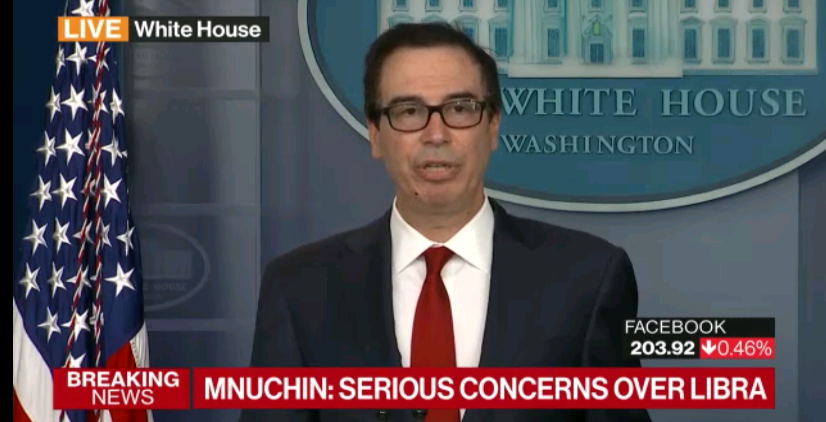 Seems as though Mnuchin isn't a big fan of crypto. There was some fear that he would bring down the hammer but this sounds more like a warning.
Bitcoin fell to $10,300 from $10,500 after the press briefing was announced.