Signs of the approval of a bitcoin ETF continue to mount

Some cryptic signs for crypto today 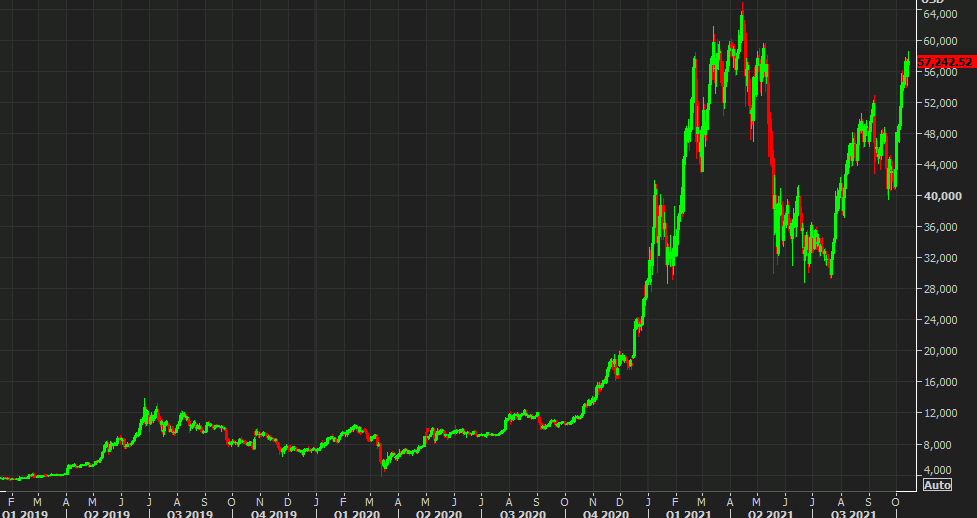 An hour ago the SEC tweeted this: 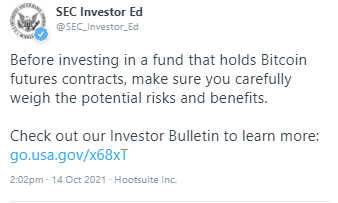 The link goes to a bulletin they wrote in June, so it's not necessarily new but there is a frenzy of watching for an ETF approval right now. The last time they tweeted this out was two days before the Bitcoin futures mutual fund started trading.
There are about 40 futures and physical ETF filings in the pipeline and it's a race to get there first. In Canada earlier this year the first ETF was released and just a day later another two came, followed by even more. The first one continues to hold all the volume, so it's an all-or-nothing proposition but getting there first means you get to manage a huge poll of capital with that sweet MER money indefinitely.
It's clear the the first approved US ETF will be back by futures. Later, we'll get a physical backed ETF that will also likely prove to be popular.
Another positive sign that a bitcoin ETF is coming soon, according to Bloomberg's Eric Blachunas, is that funds that are applying are ETFs are being assigned tickers. He asserts that's usually a final step.
I asserted years ago that a bticoin ETF would be what propels it much higher but it's also one of those cases where a 'sell the fact' trade is in play. But looking at the chart, I'd be shocked if we don't see  at least a challenge of the old high of $64K on the news.
All that said, I can't help but get a chuckle out of this: 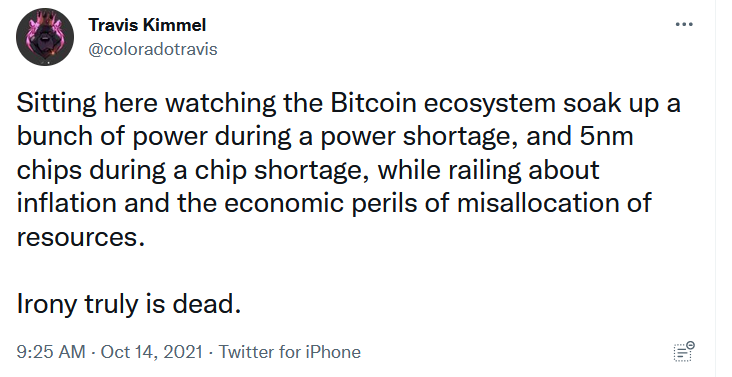