The news broke during Asia-time on Tuesday, this:

Ripple is a fintech company best known for cryptocurrency XRP.
The US Securities and Exchange Commission has made allegations against two of the firm's that USD 1.3bn was raised through an unregistered, ongoing digital asset securities offering.
The two executives named by the SEC are disputing the suit.
Meanwhile, the weight on XRP since the story was reported yesterday has continued: 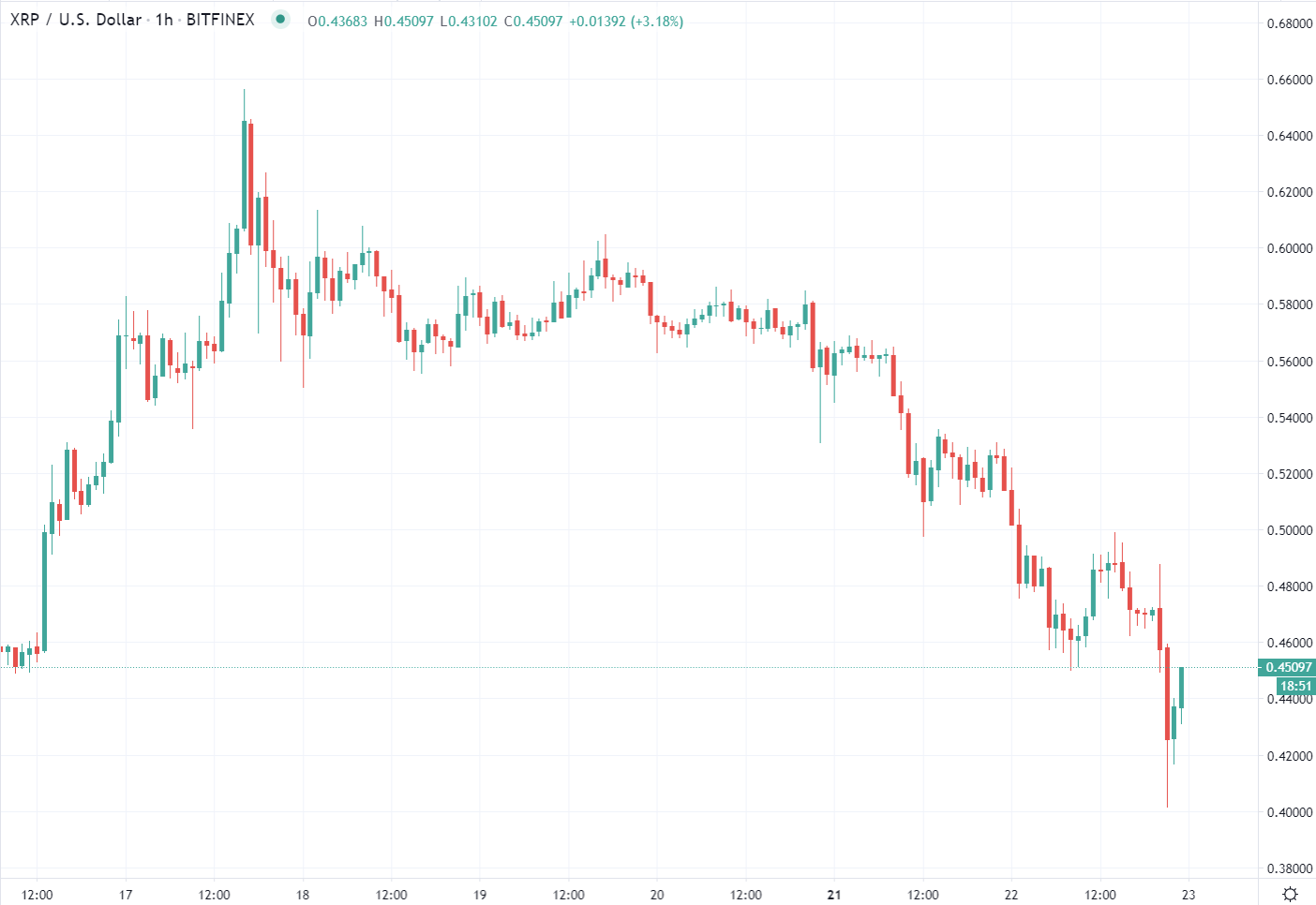