A possible indicator for when inflation might turn around

What to pay attention to on the inflation front 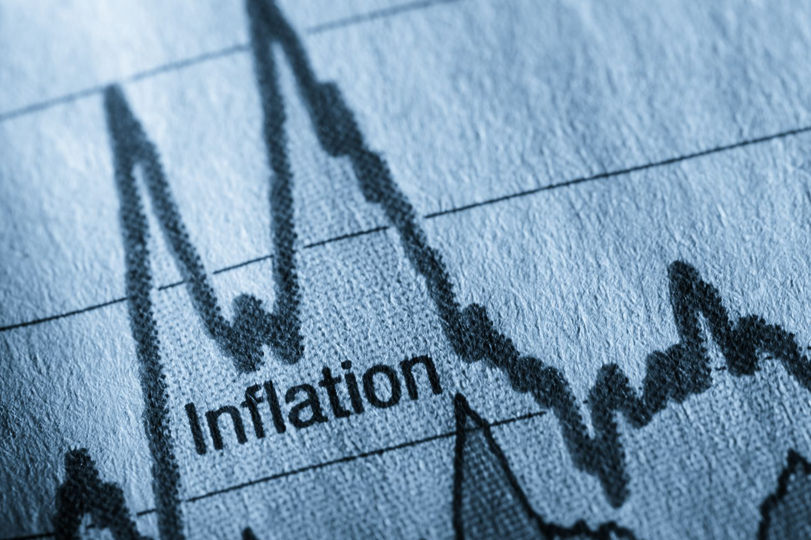 It's getting near the end of the year, and central bankers are finally acknowledging that their expectations of "temporary" high inflation might not pan out.

Of course. some analysts have been saying for months now that higher consumer prices were inevitable. Now we're no longer at a point of wondering about "if" there will be high inflation, but how high the inflation will go.

And clearly, this ends up asking the question of "why?"

If so many economists who were adamant about transitory inflation were wrong, it's worth having a look into the assumptions that led to such a conclusion. That might help make a better forecast of where things will go in the future. Specifically, how long can we expect inflation to remain elevated?

The prolonged period of low inflation since the 1980's in the major currencies has contributed to a bunch of habits among a number of people. These people include economists, and by extension central bankers and other fiscal and monetary policymakers.

One of those habits is the reliance on "long term" trends and ignoring short-term volatility. Even quite recently, most central banks focused on the long-term average inflation, instead of being particularly concerned about sudden cost spikes.

Part of that attitude included practically dismissing the headline CPI number in favor of "core" or "underlying" figures that stripped away volatile elements such as food, housing, and energy. The reasoning was that if prices in certain sectors moved, they were only relevant if they had an impact on the whole economy.

So, a short-term rise in energy prices, for example, wasn't important. Unless the higher energy prices eventually filtered through to put pressure on the "core" reading.

You need to see the problem to solve it

One of the issues with this approach is that there is a certain delay between rising costs in "periphery" sectors and when that appears in the core figure.

Higher food costs, for example, don't necessarily have an immediate impact on the underlying price structure of the economy. It takes some time for employees, for instance, to be sufficiently unhappy with the higher cost of living to take strong actions to seek a salary raise. Only then does the higher cost of food impact the "core" inflation trend that the central bank is looking at.

That means that central banks can be very late to realizing there is a problem with prices. The economy has a certain elasticity to absorb energy and food price increases. But generally, that elasticity comes with a cost in popular discontent.

Maybe the core inflation rate hasn't risen. Nonetheless, if the cost of gas, housing and food has risen in the meantime, that substantially curtails disposable income for consumers. And they might make that discontent known in other ways that are not measured by central bankers, such as at the polls.

Getting volatility back in focus

If we understand that there is an overall delay between when the increased costs of volatile goods actually impact the core inflation rate, then we need to look at the "faster" inflation indicators. That said, we can focus on the headline CPI number, instead of the core one.

Certainly, core inflation has other impacts because it's an integrated system. The supply chain issues, which are generally cited as the cause of the current inflation trend, certainly have an impact.

However, the higher price of fuel is also part of the supply chain. The employment problem is also related to food costs. In fact, many analysts point to employees refusing to return to work, because the salary is not enough.

Specifically, in the last measure of employment (even though wages had gone up in nominal terms) they fell in real terms due to higher inflation.

Getting back to work, getting inflation down

The Biden Administration is facing a problem of lack of employment. Specifically, they argue that employers should pay more. But higher wages imply higher costs, which will be passed on to consumers, suggesting that the solution to inflation is... more inflation?

As central bankers double down on monitoring the core rate, they are ignoring the cost of living for most citizens. While the core rate is useful for economists, most people make purchasing decisions based on what they are routinely buying: food and fuel.

Consequently, a significant portion of the drive behind inflation is higher energy costs and this exacerbates the supply chain problems. In turn, employees are unwilling to work for salaries that are not keeping pace with the cost of food or buying. And this keeps the jobs market under pressure.

We'd have to see a drop in the "volatile" indicators before we could expect core inflation to get under control.

What to look out for

With food and energy prices above the core rate, it generates an upward pull on inflation. It might be possible to lower the core rate without first seeing a correction in energy and food prices.

But it will be a lot more difficult. And it might require more action on behalf of the central banks, such as aggressive interest rate hikes. However, that could have the undesired effect of stalling out the economy.

Many analysts still expect fuel prices to come down next year, due to a combination of factors. Energy is one of the key components of food costs as well. And this might mean that the more volatile headline CPI measure might finally diminish in the coming months. It's not unreasonable to expect that to happen before core inflation gets under control.

This article was submitted by Orbex.
Invest in yourself. See our forex education hub.