An important aspect of trading is about anticipating what comes next

Expectations are what influences the way market participants react 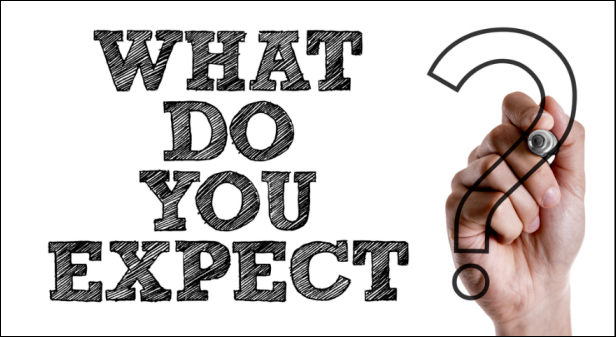 ForexLive
You can try as much as you want to argue about facts and what is right or what is wrong in financial markets but the only thing that matters at the end is what everyone else perceives it to be. There's an old trading adage that the market is never wrong.
And that's something I quite agree with. If you want to play the game, you have to accept the rules as they are. You may not always see eye-to-eye with everyone else but it doesn't mean that they are wrong to stand on the other side of line.
At the end of the day, what drives movement in markets is where the majority of the people stand. And in that sense, it's important to try and understand why they are standing there i.e. what are they expecting?
In learning to gauge that, you'll understand how markets come to decisions on "selling the rumour, buying the fact" or even why certain economic data points/central bank events have particular importance.
A simple analogy I like to use in relation to economic data releases is a football-related one:

In 2003, Man Utd were the dominant force in English football and you would expect easily brushed aside Man City. But in 2019, Man City has improved by leaps and bounds and is now the team to beat while Man Utd has been struggling for years so you would expect them to crush Man Utd when they square off now.

The important part here is that expectations have changed and that means the reaction to the results of the game will be different.

And that's the same thing with economic data releases such as the US non-farm payrolls if you compare it now to the same release back in 2013. That is why markets move by 300-400 pips back then and barely 30-40 pips today.
I talk more about this in the posts below so I hope they can help you with your trading. I'll pop in again if there are any notable happenings during the day but if not, have a good remaining Easter break everyone!