Biden to introduce trillions of spending 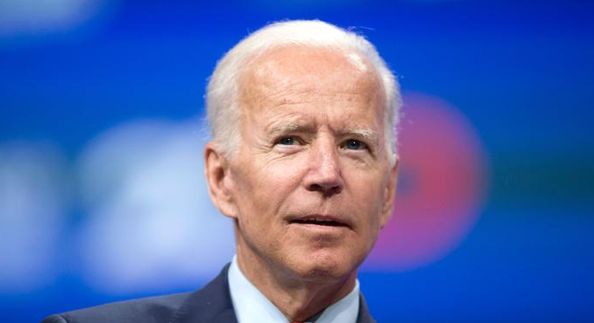 US President-elect Joe Biden has suggested over the weekend that there was a need for more economic relief from the coronavirus pandemic, and that he would deliver a plan costing trillions of dollars in the coming week. If that comes to fruition, some of the highlights will include raising the minimum wage in the United States to $15 an hour and sending out $2000 checks in direct payment to individuals.

Biden said "We need more direct relief flowing to families, small businesses, including finishing the job of getting people that $2,000 relief direct payment. $600 is simply not enough."

The plan is set to be unveiled on Thursday, and with the pair of Senate seats going to fellow Democrats, it is likely that spending will reach a new climax in the United States, and perhaps put an extraordinarily strong downward pressure on the US dollar. On the other hand, the so-called "Blue Dog Democrats", members of the Democratic Party that come from traditionally conservative states, may have a hard time going along with deficit fueled spending yet again.

Apple and Hyundai to make car

Hyundai Motor and Apple Inc. announced a plan over the weekend to partner on autonomous electric vehicle cars by March and start production somewhere around 2024 in the United States according to Korean news outlets. The report follows a statement on Friday that Hyundai Motor was already in early talks with Apple. This news has pushed the price of Hyundai stock up nearly 20%.

Currently, it is believed that the new vehicle may be manufactured in the Kia Motors (which is owned by Hyundai) factory in Georgia, or perhaps in a new factory to produce roughly 100,000 vehicles in 2024. The annual capacity of the proposed plan would be roughly 400,000 vehicles.

Democrats push for impeachment yet again

As there is only 10 days left in the Donald Trump presidency, there has been another push towards impeachment from the Democrats. This has been a long-running situation even before the term started for Donald Trump, so this should not come as much of a surprise. Impeachment means that Trump would never be able to take a seat in Government again, not least as future president.

This plan to impeach Trump however will likely end up some kind of a political show or media circus, as it is almost impossible to imagine that impeachment proceedings will be conducted between now and the end of his term. To impeach an ex-president would be unprecedented, and one has to wonder whether or not Joe Biden will then be impeached in two years if the Republicans take the House of Representatives? At this point, there are various videotapes and criminal cases against Hunter Biden, his son that seem to hint that perhaps there is an argument for a reactionary case against him too.

Unfortunately, this will probably be the case going forward, a simple tit for tat war between the two main parties in the United States. Politics have become increasingly divisive, and with a recent survey suggesting that half of the Republicans in the country agreed with storming the Capitol, it is hard to imagine how things could settle anytime soon. With that in mind, political risks are certainly going to be a mainstay of 2021.

This article was submitted by Trade360.
For bank trade ideas, check out eFX Plus