Bitcoin vs. Gold - Is Bitcoin the digital gold?

A look at the relation between Bitcoin and gold 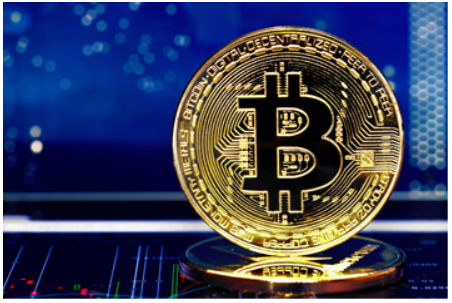 The debate over Bitcoin becoming a safe haven has been accentuated due to the global slowdown caused by coronavirus, Trade War between US and China, Brexit, among other economic events. Since its bull market in 2017, the cryptocurrency has turned into a popular trading instrument, investment, payment method and 'exchange currency' mainly for the millenials. But lately Bitcoin has also emerged as an alternative asset to hedge and diversify portfolios, replacing or competing with gold.

For those who are not familiar with this cryptocurrency, Bitcoin is a digital currency not issued by a central bank, government or company that can be transferred between users using a peer-to-peer system based on a blockchain technology, a decentralized ledger enforced by thousands of computers, which encrypt and records Bitcoin transactions. In face of the constant geopolitical risks, a currency that is not related to any government or, as for now, not subjected to cross-border issues can be the opportunity that many investors and institutions are seeking.

Similarities between gold and Bitcoin

The similarities between gold and Bitcoin start from the process to obtain new units of the asset, Bitcoin conception occurs through a process called mining. This term is used because of its similarity to gold, as both are scarce goods that cannot be produced by humans, only extracted. In the creation process of a bitcoin, computers connected to the network compete with each other to solve mathematical problems. The estimative is that Bitcoin grows within a restricted range of up to 21 million units due to technological limitations. Like gold, there is a limited amount of Bitcoin supply.

Another aspect in common between both is that they have little or no correlation with other asset classes like currencies and stock indices. They are not affected by monetary policies, central banks or governments, but basically only by supply and demand. They cannot be manufactured like money or are not influenced by interest rates. Although showing some similarities when compared to gold, how has Bitcoin behaving in relation to the market to be considered a safe haven?

Bitcoin price still oscillates a lot due to market news related to crypto itself, as new cryptocurrencies releases, government sanctions and regulations toward them, adoption in retail environment, exchanges system risk or issues, while gold tends to move in line with global market news and doesn't reflect high volatility.

Gold is treated as a safe haven because historically when stock markets experience downturns gold will likewise retain or rise, bringing modest profits or at least reducing the losses in a portfolio. Investing in gold won't bring high returns, however you can expect less risk. In contrast, Bitcoin keeps exhibiting high volatility, experiencing more than 20% price fluctuation in a week. For investors looking for risk-off mode options, crypto might not be the best option. Nonetheless Bitcoin brings strong returns and is still a good option for portfolio diversification since it doesn't correlate to general markets.

Have you looked back at the gold market in the 70s, when president Nixon ended the gold standard to the detriment of having a currency backed by the central banks control? Gold price went from US$35 per ounce in 1971, to a peak of US$180 in late 1974, and  incredibly arose to US$850 in January of 1980. Since then, gold had a very volatile adventure, however people decided to keep gold in their portfolio and then it finally reached out the safe haven status it has now. Is Bitcoin following the same path as gold?

Bitcoin has still a long way to go, central banks don't add cryptocurrencies to your reserves to hedge risks. Bitcoin is not yet a solid currency, many other cryptocurrencies emerged in between as Bitcoin Cash, making it even more difficult for Bitcoin to reach the status of universal and legal form of currency. Cryptos still have lower liquidity than gold, since the exchanges don't allow clients to convert all the funds into other currencies at once. Furthermore, it is still not clear how to prevent frauds and securities issues that may corrupt the virtual wallets and system.

For now, what we know is that 9 out of 10 millennials prefer Bitcoin to gold. Is Bitcoin the gold of the digital era?

What do you think, trader? We from Baxia Markets will be happy to hear your opinion on our social media. Visit our twitter and instagram and leave your comment and stay tuned for more educational contents on crypto, metals, forex instruments.

This article was submitted by Baxia Markets.