Can Trump shock the market, and what would the impact be?

A look at how the US election race is panning out 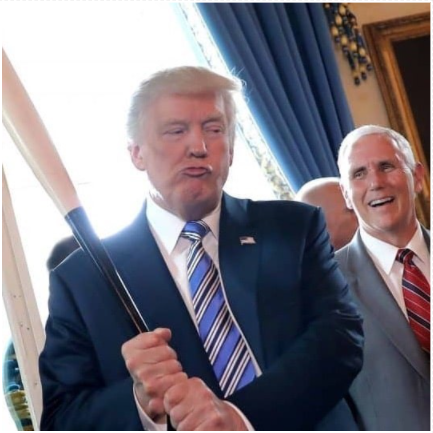 How is it shaping up?

National polls can be useful to predict how popular a candidate is across the country as a whole, but as proven time and again over the past few years they're not always a good way to predict the result of the election.

However, because the US uses an electoral college system the candidate with the most votes will not always win the election.

The race for the White House is much closer in the swing states than nationally. 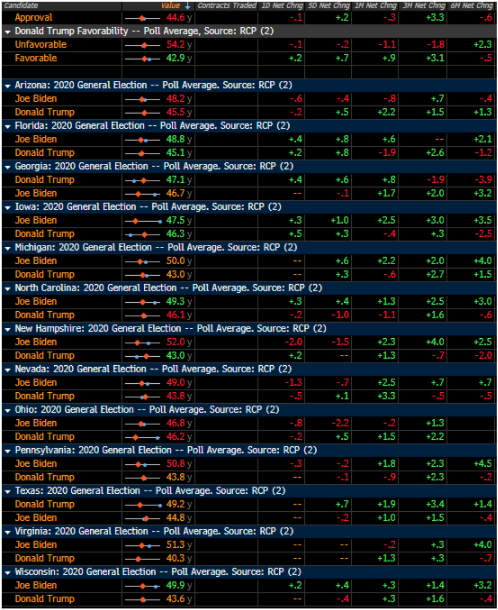 Regardless, Joe Biden has been ahead of Donald Trump in most national polls since the start of the year, consistently polled around 50% and many polls now have him with a +10-point lead nationally. 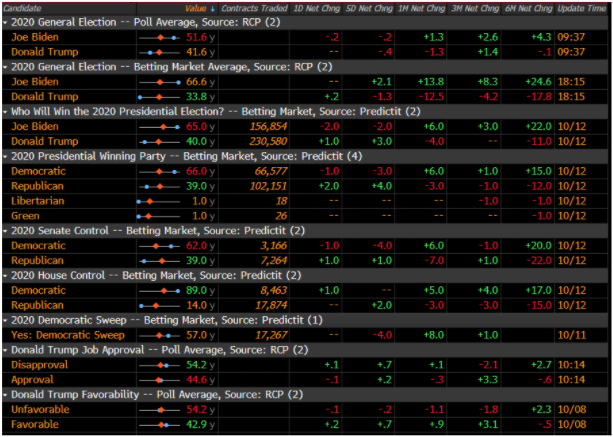 We have already seen the market attaching lower pricing to immediate risk around the US Election with USDJPY Derivative volatility begin to taper off since the first presidential debate and US Indices also recovering all their losses since the September sell off.

The moves indicate that Biden's lead in the polls is reducing the risk of a contested election result.

What would a Biden/Democratic Congress mean?

In the near term a Democratic sweep would likely mean rapid delivery of substantial additional support.

With the market beginning to accept a growing possibility of a Democratic win and the potential for significant fiscal stimulus in early 2021, markets still remain wary of higher corporate taxes and a more heavily regulated economic environment under Joe Biden.

Offsetting this to some extent would be improved global relations that could lessen the prospect of additional trade barriers and tariffs.

Generally, a Biden/Democratic would point to better trade relations and would likely see some of the heat taken out of the Sino (China)/US Trade War.

Biden would, however, increase taxes for highest earners and most households would indirectly see lower investment returns and wages because of corporate tax increases.

Higher taxes and improved global relations would generally weigh on the dollar, would make US exports cheaper and provide a boost to the US economy.

Given current trends, we may well observe the continuation of reflation trades in FX markets and a continued dollar decline extending throughout next year.

Don't want to miss our other analysis and educational resources? You can also click here to follow us on Telegram.

This article was submitted by Chris Nelson-Smith, Head of Risk at Vantage FX. 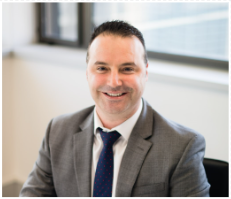