Did the United States lose the trade war against China?

What has happened to the US-China trade war? 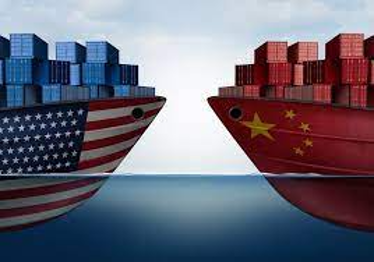 In 2018, Donald Trump tweeted: "Trade wars are good, and easy to win". Not so fast! A trade war represents an economic battle between two countries. A country strikes another country by raising import tariffs and by placing numerous constraints on trades.

In January 2018, Donald Trump commenced the crusade by placing tariffs and trade restrictions on China to force it to change certain trade practices and regimes. Another key reason why Trump advocated increasing these tariffs is to largely decrease or even eliminate the U.S trade deficit. Trade wars are initially used to protect local industries, enhance economic activity, and address business quality concerns.

These factors mentioned are set to be called protectionist policies. Experts argue that in the long run, these policies hurt consumers and businesses as inflation increases radically.

Critics argue that despite these advantages, the alarming drawbacks hurt the economy even more, because these policies discourage trade, cause marketplace shortages, and hurt diplomatic relations.

Despite the trade deal that occurred in 2020 which eased some of the tariffs and policies, the future of global supply chains remains uncertain. It's now up to the new President, Joe Biden, to decide whether to keep up the trade war within the same framework as the Trump administration had put it to work.

If the US continues to increase restrictions on the Chinese tech industry, China's modernization will not prosper sufficiently. This is an existential threat to the Chinese economic growth and to the whole world.

During the Coronavirus pandemic, the US urgently required medical equipment from China which demonstrated that rigorous protectionist policies on China can never truly survive, as deals need to be done with the world's largest manufacturing economy and exporter of goods.

Thus, the trade war was certainly a failure. Numerous economists conducted surveys and concluded that the battle with China will do more harm than good to the US economy. It is costly and should be addressed in alternate ways.

Despite both countries getting negatively impacted by the trade war, the US lost the war against China as it contributed to higher manufacturing costs, elevated prices for US households, and slower economic growth.

This article was submitted by Royal.
Invest in yourself. See our forex education hub.