Europe and UK risks after the deal 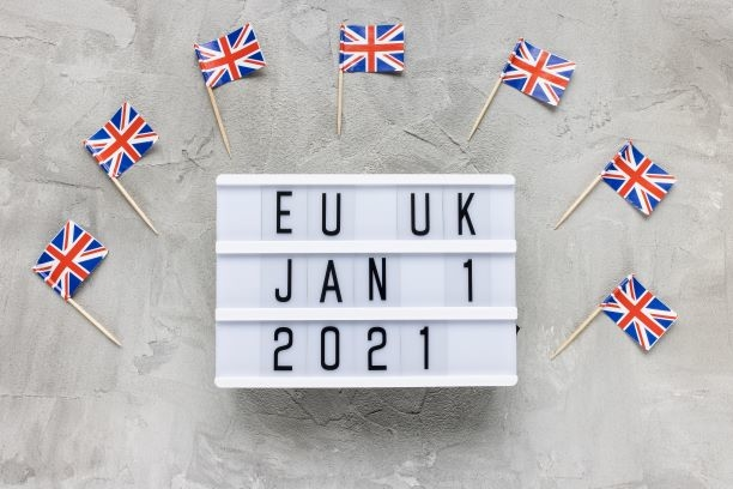 The last two weeks were thin on data and full of trading holidays, but the last minute agreement on a Brexit deal and virus developments were key events and will be decisive for growth and central bank policy over the next months at least. The Brexit deal secured frictionless goods trade, but didn't cover financial services, which has already led to some shifts. The sharp rise in Covid-19 case numbers over the holiday period and the resulting tightening and/or extension of restrictions meanwhile will put fresh pressure on economic growth and thus keep economies reliant on fiscal and central bank support.

A Brexit deal materialized on Christmas Eve, and has since been ratified by the UK parliament and unanimously approved by all 27 EU ambassadors. The deal took effect on January 1, and in the Eurozone is operating on a provisional basis until the EU parliament formerly ratifies it. The new "Trade and Cooperation Agreement" provides tariff and quota free trading of goods between the EU and UK. For fishing there are transitional arrangements, but in general EU law will cease to apply in the UK, and the jurisdiction of the European Court of Justice will end. The biggest hurdles to a deal being reached were the level playing field rules and state aid issues, which were overcome with the principal of "managed divergence", which gives both sides the right to a review and retaliation mechanism if they believe the other side has gained an unfair competitive advantage.

Financial services are still in limbo though, despite the trade deal. The agreement struck between the EU and the UK, last week ensured tariff and quota free trade in goods, but the UK's important financial services industry still doesn't have clarification on what exactly will change in the future, as the deal doesn't cover financial services. Some area are covered by "equivalence" assessments, but not all. Both sides hope to get a memorandum of understanding in place by the end of March, but that won't be as high profile and extensive as the trade deal. Britain's Financial Conduct Authority was forced to announce last week that it would temporarily alter its rules to ease fears of market turbulence in interest rate swap trades at the start of this year. The EU has so far not granted equivalence to the UK market to help smooth cross-border transactions and the FCA will temporarily allow London-based branches of European investment banks to trade on EU venues, as long as they are trading for EU clients. The relief will not apply to the firms' trades on behalf of non-EU clients or their own proprietary trades and the measure will be reviewed on March 31.

Share trading is also shifting and with companies not really expecting equivalence rulings to materialise may were prepared with big shifts reported for yesterday's trade. An FT article (paywall) highlighted that on the first trading day of 2021 "nearly €6bn of EU share dealing shifted away from the City to facilities in European capitals". This may not be the city's biggest area of revenue, but it may give a flavor of what is to come. The FT also highlighted that EU regulators yesterday "withdrew registration of six UK-based credit rating agencies and four trade repositories - data warehouses that provide authorities with information on derivatives and securities financing trades. EU companies and investors will now have to use EU-based entities."

Meanwhile, the UK is back in the strictest lockdown since March last year and despite the rollout of vaccines, it may don't expect restrictions to be lifted before the end of February. Germany is also extending its lockdown, with the hospitality sector and non-essential shops already closed for a while and now set to remain shut until the end of the month at least. Under discussion are also further restrictions of movement in areas were incident rates are particularly high. It may be the result of the new and more infectious virus mutation, or just the natural result of a more relaxed attitude over the holiday period, but it is clear that vaccination programs will take a while to have sufficient impact to get economies back to normal.

Against that background data releases looked already out of date

The final December UK manufacturing PMI may have been revised slightly higher, to a 57.5 headline in the final reading yesterday, but like the German numbers the data already look outdated considering subsequent developments.

German jobless numbers came in better than expected in December readings released today, with the sa unemployment total unexpectedly falling -37K over the month, despite the tightening of lockdown restrictions last month that saw restaurants, hotels and non-essential shops close once again. Expectations had been for a rise in the jobless total as well as the jobless rate, but in the event the sa rate remained steady at 6.1%. However, the fact that official numbers haven't exploded is largely due to government wage support and job retention schemes, which have helped companies to hang on to staff. That is a costly exercise and not all companies will survive once government support ends and the ECB also starts to tightening policy. That means the real impact on the labour market from the pandemic will only become apparent over time and much later in the year.

The EU has finally cleared the next medium term budget and with it the pandemic recovery program that will be jointly financed and should go some way to get the economy back on track. In the best case scenario, the ECB is pretty much on hold for now, although clearly if there is Brexit chaos or the virus situation doesn't improve, ECB officials will be ready to step in with additional measures.

Meanwhile in UK, developments could also lead to renewed speculation that the BoE will have to step in again, although the Brexit deal removed any immediate pressure on the central bank to consider negative rates. The BoE's Monetary Policy Committee left official rates unchanged at the meeting in December, but extended the Term Funding Scheme by six months, while focusing on flexibility in the asset purchase program. Should market functioning worsen materially again, the Bank of England could increase purchases, but at the same time, there is flexibility to slow the pace of purchases later if the economy recovers as planned next year. Fiscal policy is already stepping in again to get companies and employees through this latest crisis and clearly with the budget deficit rising sharply BoE support will be needed to keep financing conditions favourable, even in the best case scenario.

This article was submitted by Andria Pichidi, Market Analyst at HF Markets.

Disclaimer: This material is provided as a general marketing communication for information purposes only and does not constitute an independent investment research. Nothing in this communication contains, or should be considered as containing, an investment advice or an investment recommendation or a solicitation for the purpose of buying or selling of any financial instrument. All information provided is gathered from reputable sources and any information containing an indication of past performance is not a guarantee or reliable indicator of future performance. Users acknowledge that any investment in Leveraged Products is characterized by a certain degree of uncertainty and that any investment of this nature involves a high level of risk for which the users are solely responsible and liable. We assume no liability for any loss arising from any investment made based on the information provided in this communication. This communication must not be reproduced or further distributed without our prior written permission.
For bank trade ideas, check out eFX Plus