What are the most effective indicators for day trading? 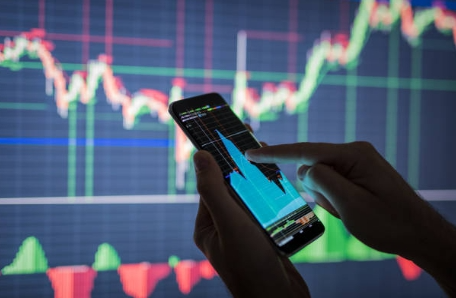 The first thing to point out is that there is a specific amount of personal bias in determining the best forex indicators. And this is done by a prism of experience over anything else, and remember that trading is a personal thing. But here, it would explain some of the most effective forex indicators.

To understand better, people reading this need to know the things attached to it. If someone refers to an indicator as being 'repainting' or 'non-repainting,' it indicates whether or not the calculation changes over time. Usually, it involves taking a calculation that looks back and calculating some kind of average or oscillation to plot where the market may or may not go.

The number one problem with a repainting indicator is when it gets skewed over time. For instance, if the indicator tracks the last twenty candles, that indicator will be influenced by new candlesticks from the market over time. It does not really look back at major points in history, nor does it look forward to the market's possible behavior.

With that, one of the biggest problems about repainting indicators is they always back test well, at least at first glance. If the indicator corrects to fit the marketplace, then it looks better the longer it runs. But during the moment's heat, it does not necessarily mean that the indicator gave all the information needed. Just like with other indicators, never look at the signal from one specific indicator as a reason to enter a trade. It's just a confirmation of price action hoping to achieve.

Though this might sound a slightly passé, but one of the most efficient indicators is the humble moving average. Many other traders follow the EMA (exponential moving average), so it lends a certain amount of credence to its use because a lot of other people are keeping a close eye to them. Also, it goes somehow beyond that as it provides an idea of the trend for the time frame being traded.

The Relative Strength Index or RSI is an indicator that measures exactly what it says it does, relative strength. Essentially, it takes the momentum used by technical analysis practitioners to measure the latest price change in a currency pair to know if the market is going to be thought of as overbought or oversold.

Also, it is an oscillator that shows on the bottom of the chart, with reading from 0 to 100. This exists for about fifty years, and many traders use it in different time frames.

The basic idea with this indicator is that trends tend to be a bit overdone at times. With that, traders must see an occasional reversal if things have become out of hand. Then, there is the 'look back period,' which is typically 14 candles. Traders could change this, but that number is the standard.

In addition to that, the RSI will measure the percentage gains during the last 14 candlesticks, measuring an average.

If the indicator reads more than 70%, the market might become overbought. On the other hand, if it indicates below 30%, it is in danger of becoming oversold. In this event, traders may begin to look for opportunities in the opposite direction.

Also, they might make a profit if they are already in that trend. So, this is a repainting indicator as it moves its calculation along with the previous 14 candles - that means the next candle will cause the drop of one of the last candles, and it looks back a static amount of distance.

This article was submitted by AussieTrust.
For bank trade ideas, check out eFX Plus