How to trade by MACD and levels

This trading strategy is both practical as Price Action analysis and useful as statistical data from indicators that are vital for making trading decisions, no matter how often people argue about it. Trading by the MACD and levels requires a timeframe from H4 and larger; it applies to Forex, futures, and stock markets.

A signal to buy by the strategy

The strategy is quite capricious about the chart conditions that are necessary for a signal to buy to emerge. The conditions are as follows:

If all the trading conditions are fulfilled, place a Buy Limit order several ticks + spread above the middle one of the three levels. If on some complete candlestick the MACD value becomes lower than the signal line, delete your order.

👉 To learn more about forex signals, please check this article. 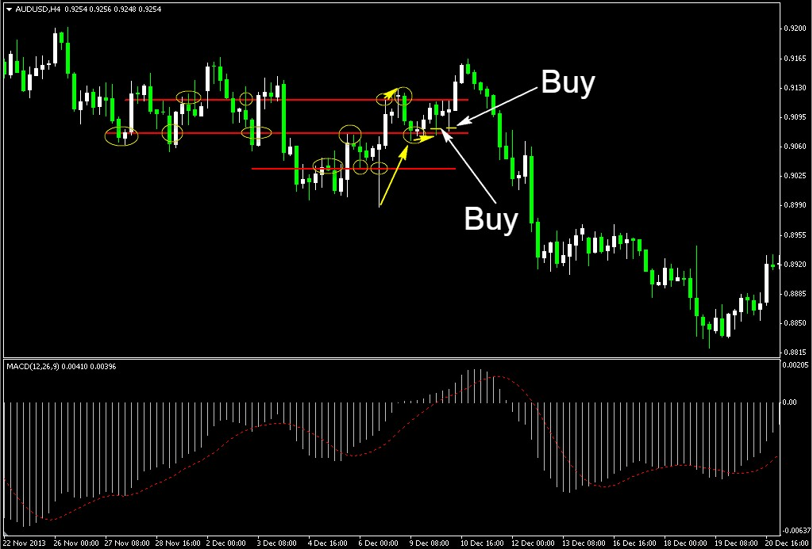 Examples of signals to buy by the strategy

In the picture, you can see two signals to buy in a row; note that the first one complies with the strategy's requirements because its local low was above the previous one, and thus it supports the second signal.

As for the requirement about increasing extremes in trading by the MACD and levels, I think we need them to have no doubts about the presence of a trend on the signal part of the chart. We need to be sure because trading against the trend is always more dangerous.

A signal to sell by the strategy

Such a signal appears when the following conditions appear:

If all the trading conditions are fulfilled, place a Sell Limit order several ticks below the middle level. 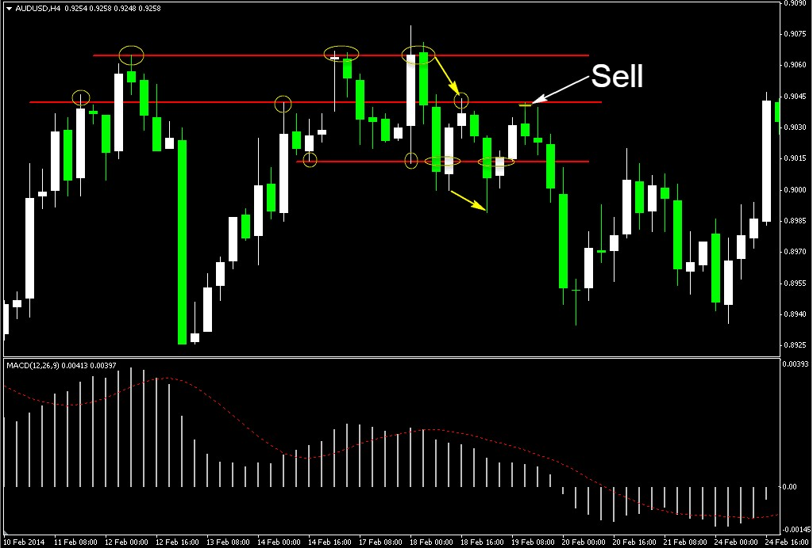 Examples of signals to sell by the strategy

Stop Loss and Take Profit by the strategy

If you buy, place a Stop Loss several ticks below the lowest level, because nothing protects the SL better than another level. If you are playing short by the MACD and levels, place the SL above the upper level + several ticks + spread.

As for the Take Profit, in buys, we place it several ticks below the upper level. When we play short, place your TP above the lower level + spread.

As long as normally the distance between the entry point and the TP is small, it is unlikely that you will be able to transfer your trades to the breakeven, trading by the strategy if you do not want trades to close too often.

Following positions by the strategy that uses the MACD and levels is also quite complicated because price channels are so narrow; however, if you invent a way to shorten mathematical expectation, then on you go.

Money management in the strategy

According to money management rules, as long as the strategy implies the use of pending orders, percent risk in every trade seems the best decision. If you use this method, think twice before increasing your risks by more than 1-2% of your deposit, because if you increase it by more, your "tomorrow" as a trader will become much less possible.

You can also trade set lots, of course, but expected tick risks are not small enough for this to be reasonable. 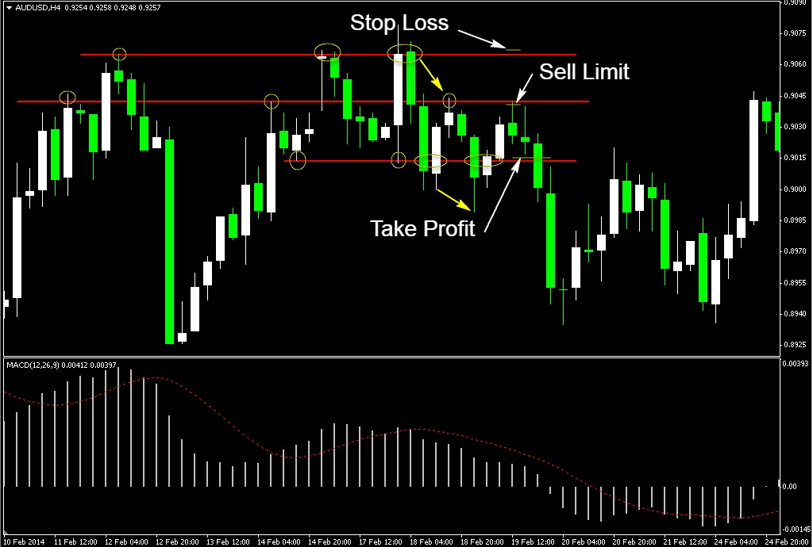 An example of trading by the MACD and levels

At first glance, this strategy might seem not at all attractive in terms of the risk-to-profit ratio. However, the pre-trade probability (as I call it) of closing the trade successfully is quite high thanks to good conditions in which trading signals appear.

By Dmitriy Gurkovskiy, Chief Analyst at RoboForex
Invest in yourself. See our forex education hub.