Impact of a Biden presidency on Bitcoin

What is the impact of the US election on Bitcoin 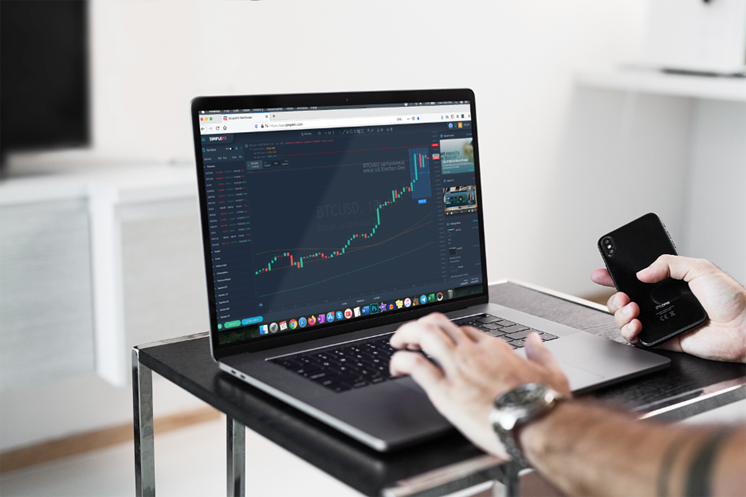 America has spoken. Biden will now lead the country. However, Trump is not handing over the seat that easily. Will the uncertainties rise once again?

Big changes will come once Joe Biden gets sworn in as the 46th president of the United States. Analysts think that virtually, all aspects of the economic world would be affected, and everyone's eyes are on Bitcoin, which is now soaring to attack the $16,000 resistance.

The incumbent president Donald Trump insisted on withholding economic stimulus until after the election. With Joe Biden's victory over Trump, there are greater expectations that the economic stimulus will push through, and the proposed $2.2 trillion stimulus bill last October will be injected into the economy.

Experts agree that the second stimulus spending will have a greatly positive impact on Bitcoin prices. Any additional US fiscal stimulus along with the Fed's bond purchases has sparked fears of dollar sell-offs. It would therefore be safe for investors to diversify and put some money into Bitcoin. Making headlines recently is MicroStrategy's $425 million Bitcoin investment. 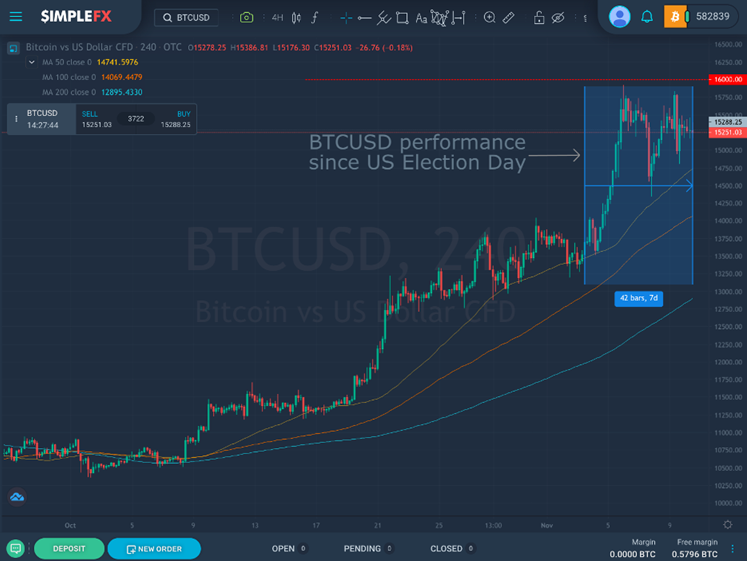 So far, Bitcoin is on momentum upward. It soared to $15,251 (as of writing) and gained a huge 14.58% since the US Election Day on November 3.Margin traders have gained enormous amounts with Bitcoin's strength in the past weeks.

Most gold traders seem to agree on going long when Biden was proclaimed President. Although the Senate may be undecided for now, more stimulus packages and a more dovish outlook from the Central Bank will lead the US dollar to fall once again. As a result, gold and Bitcoin are expected to get another strong boost. 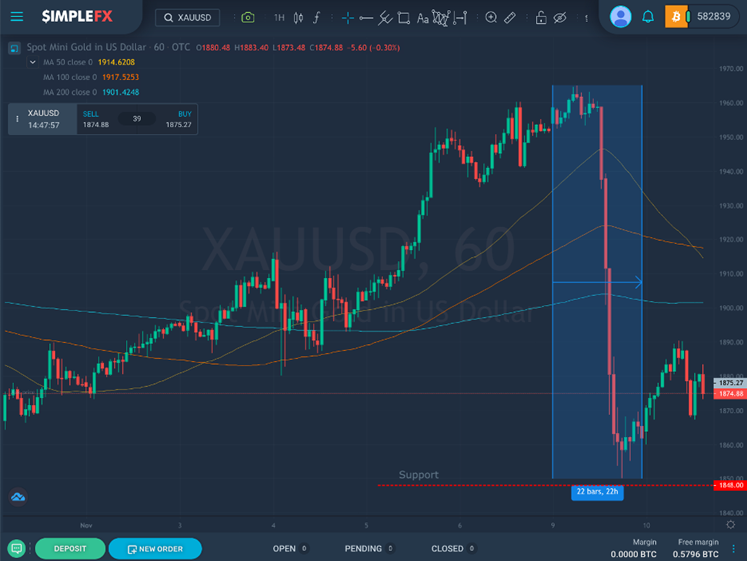 Meanwhile, gold experienced a huge 4.44% crash on Monday and recorded the biggest 1-day decline since August 11. The crash happened after Pfizer revealed positive results of their coronavirus vaccine, which pushed investors' risk appetite.

Don't miss the price moves of Bitcoin and other major instruments. Trade at SimpleFX with up to 1:500 leverage and see your profit skyrocket. The SimpleFX Black Friday Promo is the perfect opportunity to trade with rewards. Get up to 100 Tether and trade with 20% lower spreads on November 23-30, 2020.Sign up today!