PayRetailers is one of the official sponsors of the CONMEBOL Sudamericana

Earlier this month, PayRetailers announced their sponsorship of CONMEBOL Sudamericana. Greeted enthusiastically by PayRetailers clients and CONMEBOL supporters alike, the partnership brings together two leaders in their fields.

PayRetailers, a company launched in Barcelona in 2017, is an alternative payment solutions provider that helps companies expand into Latin American markets. PayRetailers connects to 250+ payment methods through a single integration, adapting to the preferences of Latin American consumers in each market. In March 2021, they announced their partnership with CONMEBOL and became an Official Sponsor of CONMEBOL Sudamericana, the annual club football competition, for the 2021 and 2022 seasons.

Pol Barceló, Marketing Director at PayRetailers says: "Becoming an official sponsor of CONMEBOL Sudamericana reflects our long-term commitment to South America and will expand the reach of our brand in the region. We have come to stay with the goal of providing payment solutions, both to merchants looking to expand their business and to consumers."

Founded in 1916, the South American Football Confederation - CONMEBOL - is the governing body of South American football and the oldest continental football confederation in the world. CONMEBOL, made up of ten member associations, including Argentina, Bolivia, Brazil, Chile, Colombia, Ecuador, Paraguay, Peru, Uruguay and Venezuela, is responsible for the organisation and governance of the main international South American football tournaments, including CONMEBOL Copa America, CONMEBOL Libertadores, CONMEBOL Sudamericana and CONMEBOL Recopa, among others.

Since 2016, CONMEBOL has undergone a series of structural reforms to modernise its governance and operations, increase the global competitiveness of its exclusive tournaments and strengthen its promotion of football development by increasing revenues and investment.

As part of that strategy, in the last two years, CONMEBOL club competitions have been greatly improved through a new format design and the adoption of standards, designed to increase the quality of the tournaments from competitive, sporting and commercial points of view. Thanks to the recently adopted improvements, CONMEBOL tournaments last years achieved record numbers in digital participation, stadium attendance and sales.

Football is ranked the #1 most popular sport around the world with over 3.5 billion followers. The world of payment service providers (PSPs) may not seem immediately related, however as the exchange of money is a fundamental need, we see similar numbers in the industry.

According to the 2019 McKinsey Global Payments Report, global payments amounted to 1.9 trillion USD in 2018 and is growing 6% per year. More than 1000 PSPs are operating globally with more than a hundred being active in Latin America alone. Similarly, to the football numbers in Latin America, there are fewer PSPs compared to other continents, but it is the faster growing region aside from Asia. PayRetailers has a solid footing in LATAM and is a trusted partner for a large range of businesses operating in the region.

PayRetailers currently supports over 250 methods in 12 countries in Latin America with many more being added over the coming years. In the PSP-world there is no qualification round - the sector can be seen as more like a knockout mode type. If you don't offer a crucial payment method, clients will eventually steer away to competitors. 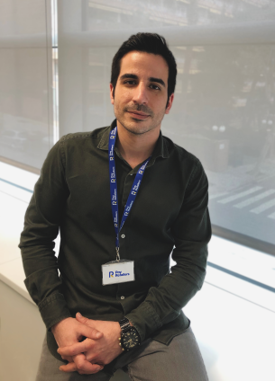 Barcélo goes on to say: "In just four years we've experienced phenomenal growth in the industry. Every year we've experienced triple-digit growth, with 2020 seeing a year-on-year sales increase of over 500%. South America has been good to us and we want to return some of that good will. We're here for the long-term."

If you want to grow your business in Latin America and implement a state-of-the-art payment service suite, visit PayRetailers here to find out more.
Invest in yourself. See our forex education hub.