The importance of the psychology of trading

When they begin trading on financial markets, many traders focus on various ways of market analysis (computer, technical, or fundamental) but forget completely about the psychology of trading. Suffering losses some time later, they start looking for the reasons for their misfortune. Only then they realize that the origin of the mistakes is not in the market analysis but the trader's psychology and behavior. The trader's psychology influences their outcome directly. Any person is prone to emotions, especially a trader. When trading, they feel lots of things: excitement, fear of losing the deposit, greed, despair, euphoria from the profit made, etc. To control them, before they start trading, the trader must realize how emotions can influence their trading and which emotions can hinder it. 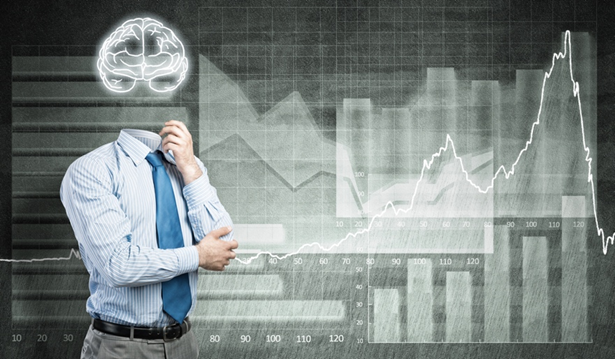 Excitement is the first thing the trader feels before they start trading. However, the anticipation of a large profit may play a mean trick with the trader, preventing them from rational thinking and making weighted decisions. If the trader remains with this feeling for a long time, they should, perhaps, choose some other job. A venturous player loses almost all the time because their state of mind prevents them from analyzing the market scrupulously and open trades wisely.

Fear is a protective reaction, saving many traders from entering dubious trades. However, many profitable trades remain avoided out of the fear of a loss.

Greed is an emotion that affects virtually everyone in the sphere of trading. There are, of course, people who feel almost no greed, but as for beginner traders, the desire to make a large and quick profit often makes them open lots of unreasonable positions. Trades provoked by excessive greed usually entail losses. However, if the trader controls the ambitions, it will enhance their trading. There is always a thin border between greed and fear, and no one can tell where it lies. This is an individual feature of each trader, and only those who manage to come upon it may succeed.

False hopes are groundless expectations that appear when the trader's position becomes losing. Placing their trust in a market reversal, allowing for an even deeper drawdown instead of deciding on the size of losses from the start and decently closing the trade when the affordable level of losses is reached. We need hoping for the better but excessive optimism in such a situation does only harm.

Self-control is a trait of the character of most profitable traders. Having acquired full control over themselves, a trader will easily cope with any emotions emerging in the process of trading and make a stable profit.

Despair is a strong negative emotion emerging in some traders when they suffer serious losses in a series of losing trades. After such shocks, many quit the market never to come back.

Joy is a positive emotion in ordinary life, which in trading sometimes leads to a loss of control over the situation and unsystematic trading based solely on luck. This is some sort of a star fever that switches of rational thinking and makes the trader act thoughtlessly.

Luck provokes many arguments and discussions; it is a random combination of positive factors leading to success. Luck avoids no one, however, not everyone can feel it in time and express its essence.

Success in trading depends on 80% on psychology. However, to trade successfully, you do not need to be an expert psychologist. The main thing is to keep your emotions under control all the time. Trading on financial markets is as much a job as anything else, having its advantages and drawbacks, that is why it is to be approached seriously and responsibly.

This article was submitted by Dmitriy Gurkovskiy, Financial Expert and Author at RoboForex Blog
For bank trade ideas, check out eFX Plus