Recognise the trigger for a sentiment shift trade

When do you pull the trigger? 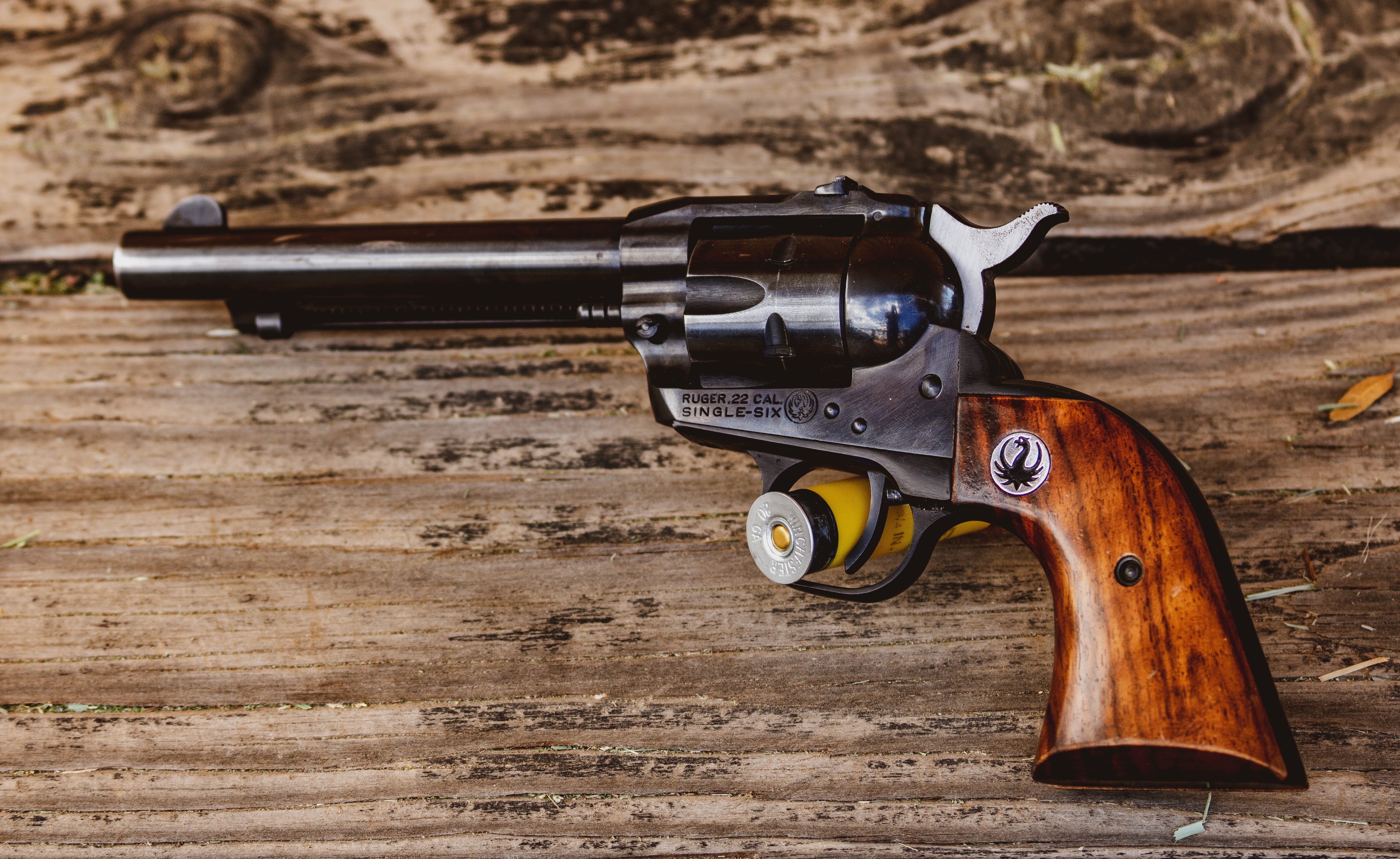 This takes time to know when to pull a trigger on a sentiment shift trade. It is the combination of experience, planning, knowledge and good old fashioned bottle (or confidence for non-native speakers) to recognise and act upon a trigger for a sentiment shift trade. Trades that have an obvious 'trigger' can also be the trades that have the least drawdown and make their way quickly to obvious targets. So developing this skill is very important and is really an extension of an earlier article on recognising 'market context'.

First of all a disclaimer. This is important because everything in this article will appear in hindsight. So, for those of you who don't know me/the site generally/follow my posts you may be sceptical. You are a charlatan, snake oil salesman, purveyor of smokes and mirrors, and a hindsight trader. I understand your concern and sympathise.

Simply because it will help people understand, through a worked example, how to recognise a trigger for a high probability trade. This skill takes time and you have to get it wrong before you get it right. I can't think of a better way to explain this short of having someone over sitting next to me for the day.

This will also give the retail trader an insight into how professional traders use a squawk service to execute high probability trades. This is a worked example where I sent a message to 80,000+ subscribers for HYCM just a few minutes after this example broke. So, I at least have some proof it is not all smoke and mirrors after all. It takes a high level of conviction to tell round 80K+ people that you are expecting buyers or sellers of a certain asset class. However, that conviction level is what you need to develop and, through time and practice, it will become a great asset to you.

So what was the trigger to recognise for our example?

The trigger can be any news that is either political or economic that changes market expectations. In this example I have chosen an example of a geo-political comment from US President Trump on December 3. Just after 10:00GMT on that day President Trump announced that, 'it is probably better to wait until after the 2020 presidential election for a China deal' and that there is 'no timeline on trade'. Justin reported on it here.  President Trump's comment seemed to indicate that a US-China trade deal was not that close after all. The baseline or market expectations had been that President Trump would soon sign a Phase 1 trade deal and then work on his Presidential campaign as the man who 'sorted the China problem' out and should be voted in again. That narrative was thrown into question by Trump's comment.

So, President Trump's message changed that expectation and the market very quickly went to a risk off mood. Now, the playbook from here was simple. The market was going to turn 'risk off'. In a risk off market we expect: JPY, CHF, gold strength and AUD, NZD, CAD, oil weakness. That's the rules. The classic 'go to'  pair for the US-China trade dispute not working out is the AUDJPY pair. I heard the announcement on the squawk as the news broke and immediately flipped open a AUDJPY chart. Price was around 74.76 when I looked at it. You could literally feel the weight of the pair falling. Notice how little the drawdown was, virtually non-existent. Always good for the blood pressure ;-). I flagged the move around 6-8 minutes later on HYCM's Telegram channel where I put up this chart below.

This was the text I wrote:

'Breaking news: US President Trump on China deal
US President Trump has just said that it is probably better to wait until after the 2020 presidential election for a China deal and there is no timeline on trade. In an immediate reaction USDCNH made fresh highs and global equities have seen negative moves.
Expect JPY and CHF strength across the FX board and watch for further headlines from Trump on this new shift. AUDJPY falls quickly on this headline. Expect sellers on this pair.

Do you need a news feed to take these kind of trades?

Yes if you want to react straight away. If you want to day trade, I don't see how you can trade effectively without a news squawk service. Get one, even a delayed service. Even here on forexlive.com we can be a minute or two before we get key news out to you.

No, you don't necessarily need a new squawk service if you want to swing trade. You could read up on the reasons for large moves and find the moves you want to join on a retrace.  There were a number of different approaches you could have taken on this trade. So, using the same example you could have seen that the daily close of the AUDJPY was a false break of a key overhead resistance level which formed a pinbar. You could have seen that the risk off tone was still in the market and took a short out of the NY close. Good old technicals to aid the fundamental story. 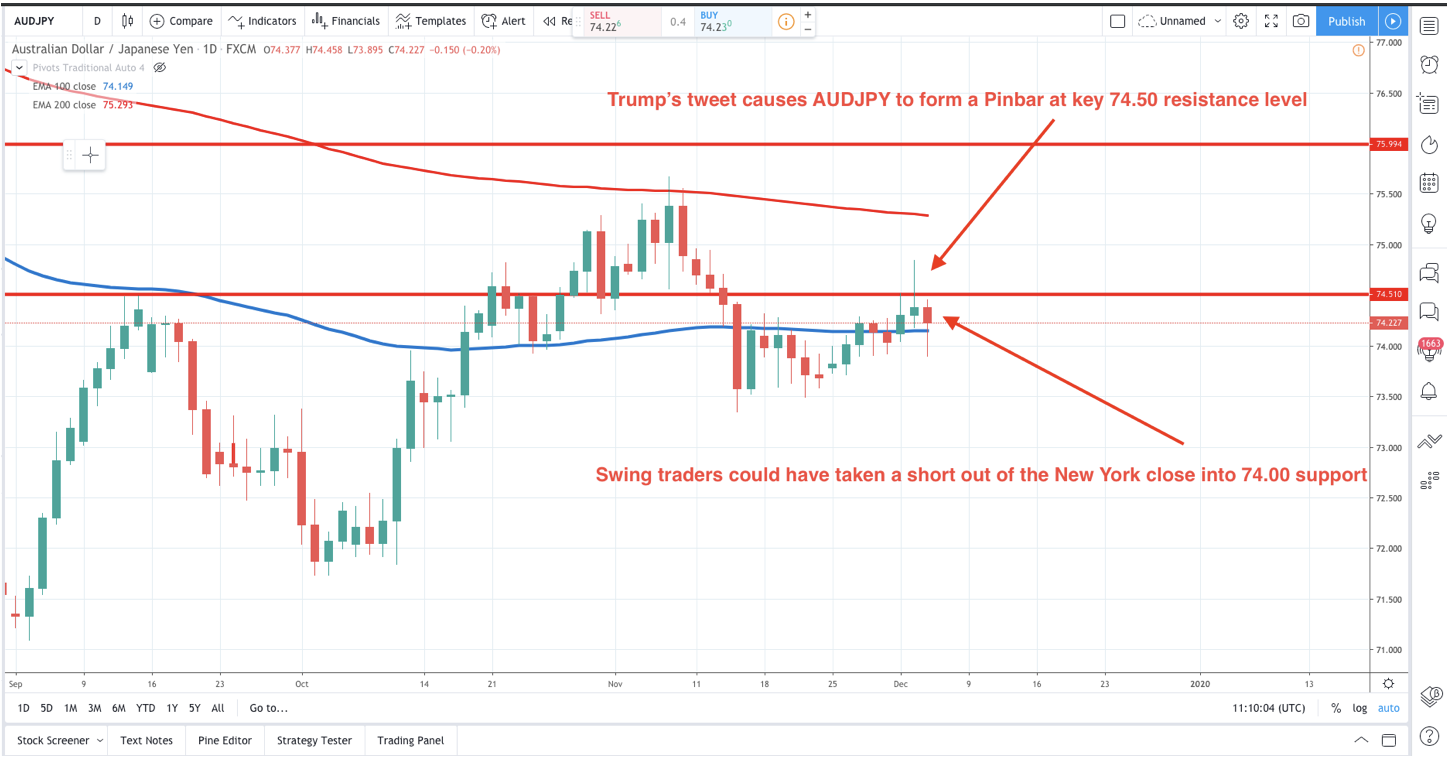 Make sure you recognise the reason for any retracement

This is important. If you have missed the initial move, but want to join in on a retracement make sure you recognise the reason for the retracement. In the example of President Trump's trade delay statement there were two retracements as AUDJPY sold off. The first one was for no significant reason, so it could be joined. See point 1 at the 38.2% fib level.  The second one at point 2 was on a changing sentiment shift. There was a Bloomberg piece quoting sources saying that the US and China trade deal was moving closer, despite the 'heated rhetoric'. This resulted in a pullback to 2. (see the chart below). Now, this raises questions. What sources are being quoted here? At the very least this causes some AUDJPY sellers to close positions and some AUDJPY buyers. The jury is still out whether President Trump will speak later today (December 04) and affirm a US-China trade deal or confirm a delay. Either way, the market will respond. The key is being ready to act, and pull the trigger, at the right moments. See here for some previous examples of trading with fresh sentiment trades. 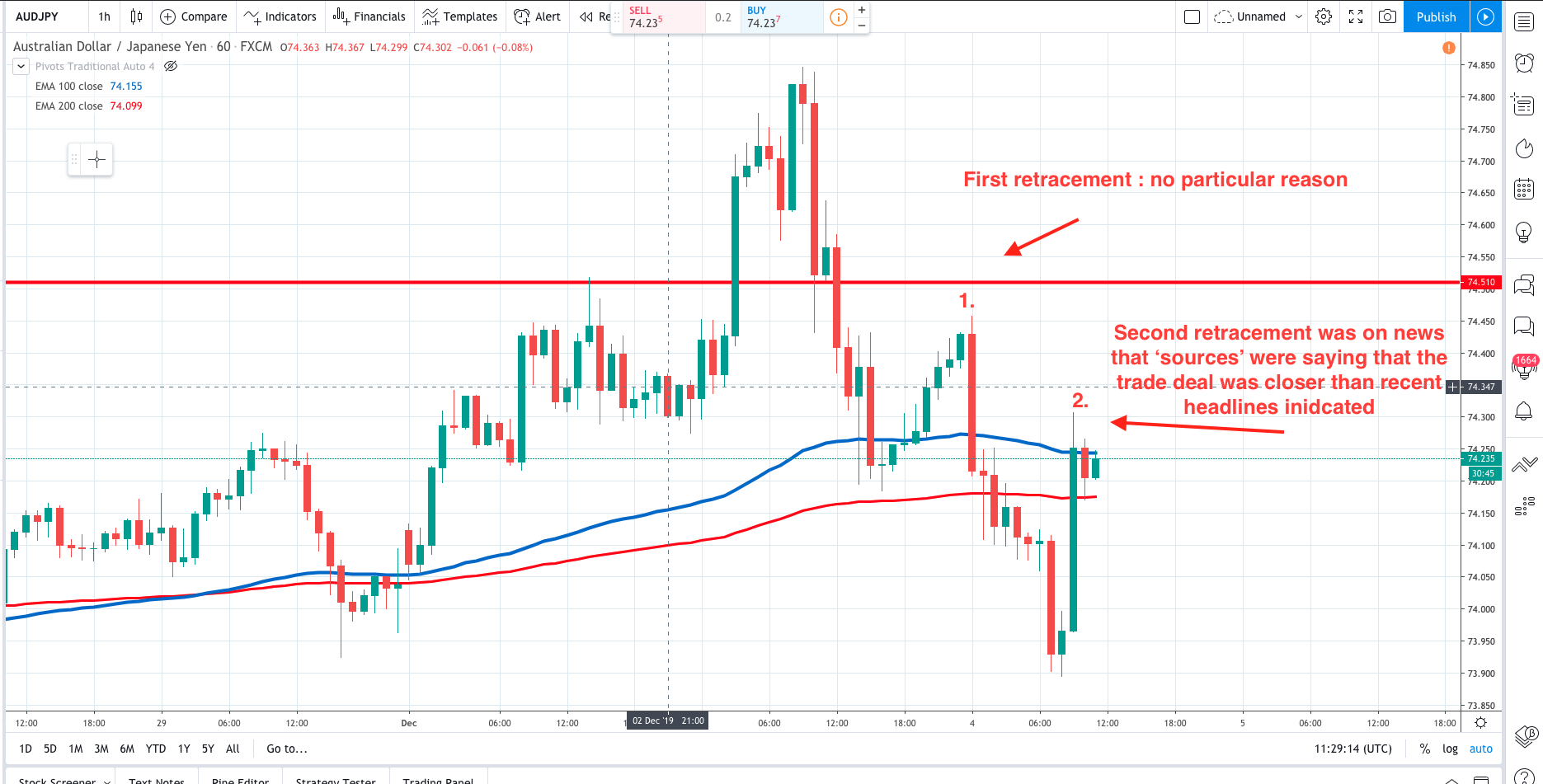