Silver outlook — What's in store for the white metal?

A closer look at what is driving silver prices 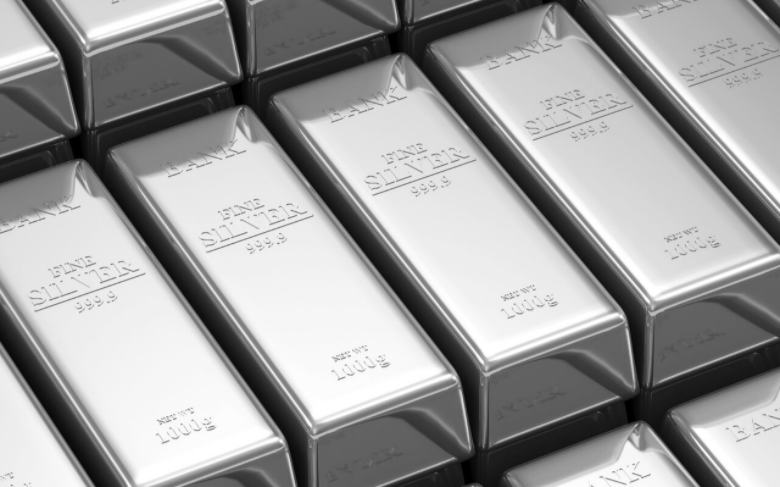 While the grind higher continues for most securities this February, silver has remained in the spotlight for several reasons. Kicking off the month was a historic level of volatility in the physical silver space, with coordinated attention coming from Reddit via Wall Street Bets.

This saw silver prices spike to a yearly high, overtaking the $30 handle briefly. Since then, however, prices have failed to retake this key level as momentum during the surge seemingly stalled out.

Why the Silver Price Surge Could Just be Getting Started

What exists now in the silver market is a very unique phenomenon. This is due in large part to the physical market being virtually nonexistent, with supplyrunning dangerously thin since the buyout earlier this month.

As such, there remains very little physical silver for purchase, which in tandem with a catalyst could trigger a massive surge higher in the near- or mid-term.

Of course, much of the silver trade also takes place in the form of exchange-traded-funds (ETFs), namely iShares Silver Trust (NYSE:SLV).

Together with other silver ETFs, these instruments have also benefitted from a buyout of the physical market and will continue to do so moving forward.

After peaking at $30 in February 2021, silver spot prices retreated as low as $26 days later before finding firm support. What this tells us is that there is a clear floor to recent prices, with this level serving as a key metric for ensuring a consequent bull run. 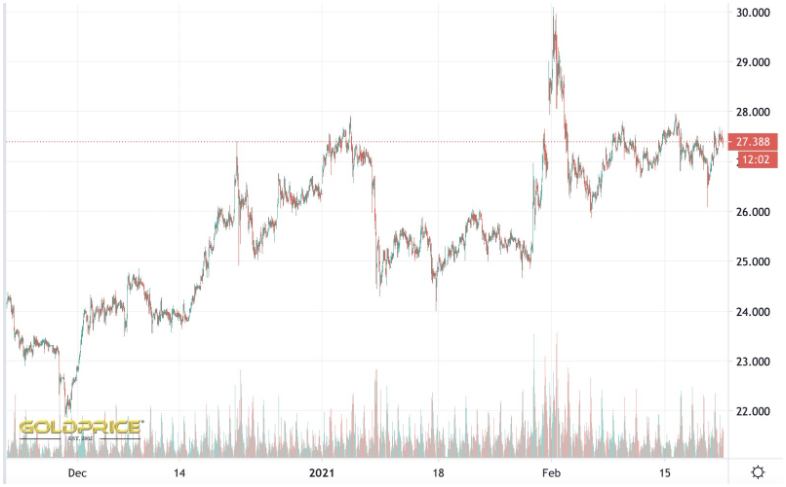 Since hitting this level on February 4, silver prices have been pointed upwards, with plenty of room upwards on the technical charts.

Medium to longer-term forecasts this year have largely called for ranges from $30 to $100 in extreme scenarios. Of course, there is a lot of ground to cover until either of these figures can be reached, though there are a lot of factors silver is benefitting from.

Silver is a strong instrument to own during periods of inflation. With central banks worldwide intent on printing more money to help kindle a recovery from Covid-19, inflationary concerns are once again in the spotlight.

Silver stands to be a prime beneficiary of this, with hard assets such as precious metals always maintaining their luster during these periods.

As an asset however, silver remains vastly undervalued at current levels, given other macro-economic alternatives to choose from.

Renewed stimulus measures in the United States and elsewhere only add to the strength of silver moving forward, making it difficult to be bearish on silver prospects.

A groundswell of liquidity is quite likely to push inflation levels higher, setting up silver as a solid play in 2021.

One of the most commonly observed metrics is the Gold/Silver ratio. A reading below 77.0 indicates bullishness for silver, with this metric currently below 66.0

2020 for many countries saw a huge hit to industrial output and activity. The lingering effects of Covid-19 are still with many developed countries despite the rollout of vaccines, though industry is expected to normalize later this year.

This is a huge boon for silver given its status as an industrial metal. Furthermore, silver is seen as a key player in many specific segments that are expected to draw renewed interest.

This includes the solar industry, with the incoming Biden administration in the United States largely expected to focus more on during the new decade.

With supply constraints looming by virtue of an absence of physical markets, the demand for silver is likely to increase.

Prices have continued an upward pattern in February, though have thus far failed to match the earlier surge to $30. This was seen as an artificial bounce however, technically speaking.

Any renewed progress surrounding the passage of a US stimulus package will help insulate silver prices as well. As long as prices do not breach the $26.00 level, a clear path higher remains intact.

Look for silver prices to grind higher with plenty of chances for entry as the white metal remains one of the most volatile and fickle.

Many investors recall previous surges of prices only to see a quick turnaround and collapse. This rise could be different, kicked off by a total buyout of the physical market which leaves the space in unprecedented territory.

This article was submitted by CMS Prime.