The future of the USD as a reserve currency

Why is the dollar losing its status as the reserve currency of the world? 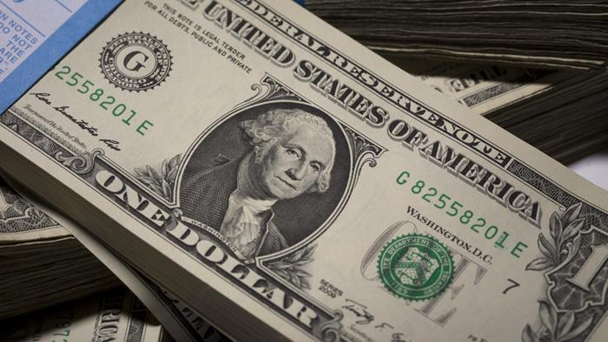 According to the International Monetary Fund (IMF) more than 61% of all foreign bank reserves are currently denominated in U.S. dollars.

Many of the reserves are in cash or U.S bonds (like U.S. Treasuries). However, things are changing, and the question on everyone's mind (including my own) is just how long will the USD hold on to its status of Currency King?

In this article, I'll be taking a closer look at the escalating news that the United States Dollar is losing its status as the reserve currency of choice in the world.

As mentioned earlier, all foreign banks hold most of their assets in USD, however, the whole geopolitical atmosphere has been changing, especially since Trump took office and began attacking countries left, right, and center - most notable of which has been China.

Speaking of China, the country is currently the world's second largest economy after the U.S. Before COVID-19, economists were predicting China would take over the #1 spot by 2024.

So the question is, why should the U.S. dollar continue to be so prominent if the Chinese economy is about to become the number one economy on the planet?

China, and other emerging powers such as Russia, have been quietly making agreements to move away from the U.S. dollar in international trade over the past few years. This, of course, spells disaster for the USD, since the supremacy of the U.S. dollar is not nearly as solid as most Americans believe it to be.

So why is the USD losing its title as the Reserve currency?

Here are my top 5 reasons:

1. Use Of Chinese Currency Growing In Africa

Who do you think Africa's biggest trading partner is? Spoiler alert, it isn't the United States.

In 2009, China became Africa's biggest trading partner, and the country is now aggressively seeking to expand the use of the Chinese currency on the African continent.

China seems absolutely determined to change the way that international trade is conducted. At this point, approximately 70,000 Chinese companies are using the Chinese currency in cross-border transactions.

A number of countries in Africa, among them the Bank of Ghana, are using the RMB as part of their settlement and reserve currency. Earlier this year, the Nigerian central bank reportedly announced that it planned to shift more of its foreign reserves into yuan from dollars as the RMB gains greater traction in global trade.

2. India To Use Gold To Buy Oil From Iran

Iran has been one of the most aggressive nations to move away from the U.S. dollar in international trade. For example, it has been reported that India will begin to use gold to buy oil from Iran.

Things don't just end there. Reports are also saying that China is more than happy to deal with Iran in their own currency, pushing the wedge that much deeper between Iran and the U.S. after the U.S. exited the 2008 nuclear agreement and started applying sanctions on Iran.

3. Saudi Arabia Likely to Abandon Use of Petrodollar in Dealings With China

Who imports the most oil from Saudi Arabia? It is not the United States, it is China.

Saudi Arabia and China have teamed up to construct a massive new oil refinery in Saudi Arabia. So the question becomes, how long is Saudi Arabia going to stick with the Petrodollar if China is their most important customer?

This is also spelling danger for the Petrodollar, which has been a key player in the U.S. economy since the Nixon administration, when Henry Kissinger brokered the deal back in the 1970s. However, the expiration date on this deal may be fast approaching.

4. The United Nations and IMF are Pushing for a New World Reserve Currency

That may be bold enough, however, the IMF has taken it one step further. One IMF paper entitled "Reserve Accumulation and International Monetary Stability" actually proposed a future global currency named the "Bancor" and stated that a future global central bank could be put in charge of issuing it.

5. The BRICS Plan To Use Own Currencies When Trading With Each Other

The BRICS (these countries include Brazil, Russia, India, China and South Africa) continue to flex their muscles. An agreement will promote the use of their own national currencies when trading with each other rather than the U.S. dollar. The following is from a news source in India:

"The five major emerging economies of BRICS are set to inject greater economic momentum into their grouping by signing two pacts for promoting intra-BRICS trade...The two agreements will enable credit facility in local currency for businesses of BRICS countries... this is expected to scale up intra-BRICS trade that has been growing at the rate of 28% over the last few years but, at $230 billion, remains much below the potential of the five economic powerhouses."

What Would That Mean for the US Economy?

3. Substantial increases in the cost of food, clothing and gasoline and

4. A much harder time financing its debt.

Right now, there is a huge demand for U.S. dollars and for U.S. government debt since countries around the world have to keep huge reserves of U.S. currency lying around for the sake of international trade. However, what if the appetite for U.S. dollars and U.S. debt dried up dramatically? Or does past experience tell us that the U.S. has already considered all of the above and have a grand plan in place?

That's something to think about.

This article was submitted by Royal.
For bank trade ideas, check out eFX Plus