The JPY and EUR: Other powerful currencies apart from the USD

Getting to know currency crosses 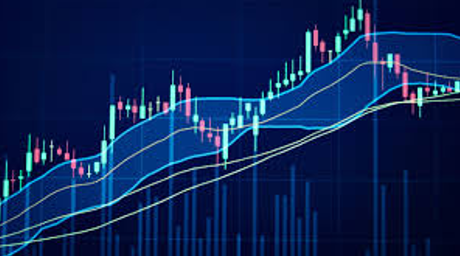 There are many currencies that we use in forex trading, and the seven majors include:

The most traded and liquid one would go to the US Dollar. The two currencies that come next are the EUR and JPY. Since they are very liquid, many countries also use these two aside from the USD as reserve currencies.

Currency crosses are currency pairs that do not have USD in any of the two currencies. Traders who use crosses with the EUR will often trade EUR/ JPY, EUR/ GBP, or EUR/ CHF. They are the most traded and popular EUR crosses.

Furthermore, robust US economic data means that the USD will get stronger as well. In return, GBP/ USD declines as well the GBP. Simultaneously, the currency cross USD/ CHF starts to rise, which makes CHF price decline. The GBP price decline will increase the EUR/ GBP because traders are disposing of their GBP. The CHF price decline will increase the EUR/ CHF because the traders are trying to dispose of their CHF. Everything that we talked about has the same logic if the US ever showed terrible economic data.

The Japanese Yen and currency crosses

The JPY is also one of the most traded and liquid currencies standing next to the US Dollar. People use it to trade against the other major currencies.

Traders who trade JPY crosses monitor the USD/ JPY because it all boils down to the JPY crosses as its keys levels get broken or resisted. For instance, if USD/ JPY has a breakout on top of the resistance area, the traders are currently selling their JPY. It triggers selling JPY versus others currencies, which means JPY crosses may tend to increase.

Closing our lesson with a few trivia about oil

Did you know? Canada owns a massive chunk of the world's oil reserves. In fact, they are the second-largest oil reserve owner. Whenever oil prices increase, it would only mean gains for Canada.

Did you know? Japan imports a massive amount of oil to the point that it has very minimal to almost zero natural oil reserves. They import more or less 99% of their crude oil. Japan depends on its oil imports.

Now that we know this, it makes sense that the CAD/ JPY currency cross is gaining popularity over the years. Being majorly involved with oil, Japan and Canada made a positive correlation between oil price and the currency cross CAD/ JPY of up to 87%. At this point, you cannot deny the fact that a forex trader should consider a lot of factors like the fundamentals aside from the chart and market sentiment alone.
Invest in yourself. See our forex education hub.