What does Biden have in store for America? 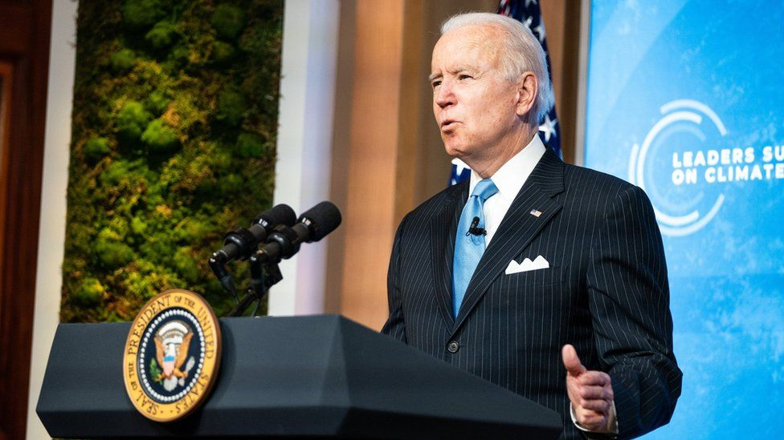 While campaigning for his presidential elections, the now-president of the United States of America, Joe Biden, came up with a tax plan. This Tax plan saw a backlash from a lot of Trump supporters as it had different policies from that. This plan also attacked the tax exemptions that were in place during the Trump presidency.

Joe Biden proposed that the people who were earning more than $400,000 will be liable to a greater tax. This was also applicable to firms who are now a subject so similar policies since Biden has won.

While he announced an economic stimulus, Joe Biden also indicated that he was about to make huge changes in the then applied tax implications. The new policies are thought to have a positive impact on middle-income families as well as the ones who are well below the poverty line.

For example, the social securities tax would be outstretched to the people who have a higher income. The tax exemption on the estate will also be reduced by more than 45%.

Given below are the elements of the tax plan proposed by president Joe Biden. It has to be noted that these are just proposals and have to be elected by congress first in order to get implemented. In this case, a lot of provisions can either be deleted or changed before the idea becomes law.

The legislative activity is possibly be going to be dominated by the economic fallouts inoculated by the COVID pandemic. A huge focus is predicted towards the tax provisions. The currency congress, in some time, is expected to reach beyond the stimulus package to put a hands-on dealing with respect to the albeit marginal, single party and the combined control on both the houses.

Reviving Higher Tax Rates and a substitute for the minimum Tax:

The tax plan introduced by President Joe Biden is in the looks to demolish a lot of tax reductions that were passed in 2017. This move is predicted to increase the income tax rate for a federal individual to 39.6%. The same was 37% before Donald Trump took over the white house. The corporate rate is also predicted to reach 28%, in contrast to the 21% threshold. The people who earn more than $400,000 will fall under the slab, which will have a tax benefit of 28%. This is not the rate that is applied to the people that fall in a higher income bracket. This is being done so that the people who earn less than $400,000 will not be affected by increasing rates.

This move is predicted to obliterate the carried interest loophole, and the individuals are earning more than a million dollars will have to pay the customary tax rates on their income ade by investments.

Let us see what the new plan has for different sectors of the American people.

To ensure that the wage earners and wealthy investors are treated the same on tax-paying terms, the people who earn more than a million dollars will have to pay the same Tax which is applied to wage earners. On top of that, the so-called 'carried interest loophole which many private hedge funds claim to exist will be eliminated. Such private hedge funds are liable to pay a 20% tax on their capital gains. What they are not liable to are the ordinary rates on their carried interest. These taxes are high and have a fixed rate of participation with respect to the profits made in funds, while they make very little or no investments that involve the capital.

This move will increase the tax rate levied on corporations to 28% from 21%. Profitable companies sometimes pay no tax at all and, to prevent that from happening, all the corporations will be subject to 15% AMT, which is short for the alternative minimum tax when they book a profit for more than a hundred million or more.

This move will handicap the jobs that outsource their labour from overseas and, at the same time, cap the investments made on green energy and infra. This, in turn, will expand tax collection to more than 20% from less than 11%, the threshold for the trump administration. This is expected to go up to 26%. The businesses falling under this slab will have a variety of credits that range from small business incentives to pay off the retirement money to the labour and a free hand in dealing with the workforce.

It is hard to understand what will happen to the stocks if these tax propositions become laws. The extent to which the corporations will benefit from these stocks will decide what will happen to the respective firms' individual stocks. Apart from the proposed AMT on the book income, another factor that will shape the proposed income efficacy will be the companies' report. This will be contrasted against the corporate tax returns that these very companies will file.

The plan is all set to allow at least $8000 in views of the qualified expenses for the middle income and the families earning less than that. This will, in return, provide the families with a credit of $8000 from the current amount of $3000 maximum. In the case of multiple dependents, this amount can be added up to $16,000.

This tax credit will also be made fully refundable and will see an upending of $3000 from the previous threshold of $2000 for children aged between six to seventeen years. Each child aged under six will have a larger credit of more than $3500. The president has announced that all the changes will take charge once the economic stimulus package is announced, which has already taken place. A few days back, the president has announced a stimulus package of more than $1 trillion.

Help for the students in debts:

The new tax plan is said to give a little relief to the students who took bank loans to complete their education. This is also seen as a loophole introduced by the government itself. In this law, any debt money that is being relieved will be seen as a taxable income in the near future. This, in turn, will just increase the time in which the person has to pay the debt off. The debt will still be intact.

Are you looking for a broker that can cater to your needs as an investor and can provide you with the right equipment to be financially free? We present you with the leading online broker ETFinance.

MagnumFX manages ETFinance, and it can provide a trading range that its competition can never match.

Apart from forex and CFDs, the broker also provides trading in indices, shares, and energies. When it comes to regulation, the broker is regulated by CySEC.

The broker reflet's advantages in terms of minimum deposit, which kept well below three hundred dollars. The trading platform offered is the mighty MetaTrader4.

The broker also provides demo trading to its novice customers, which in itself is a great approach.