What are the best forex market hours & trading sessions?

What you need to know about forex trading sessions 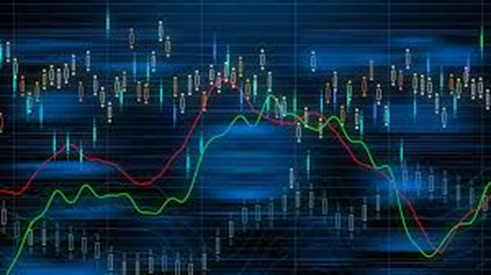 The forex market or the currency market is a global market in which currencies are traded against other currencies. Forex market is open for 24 hours a day and around five days in a week. However, some hours may not be suited for certain trading styles.

So, what is the best time to trade for Global Forex traders?

Markets are not volatile throughout the entire day; and the volatility in different currency pairs depends on which regions of the world are actively trading at which time. For forex & CFD traders, it is important to understand the cycles of the market & the volatility during different sessions, and which currency pairs move in which sessions.

Overall, preferably you would want to trade at times when the volatility of the market is high, so that you can profit from movements of the market.

What are the major Forex Trading Sessions?

In order to understand each trading session's start and end time, you need to break down their local times to a corresponding single fixed time standard. For the purpose of this article, we will be using GMT.

Here is a breakdown of the opening and closing of all four trading sessions in the forex market.

These forex trading sessions correspond to the general time zones during which traders in each of these regions start and stop their trading activity. As you can see, these trading sessions consist of the major financial trading hubs in the world.

The most active trading sessions are the - Tokyo, London, and New York sessions which correspond to the highest trading volumes in Asia, Europe, and the Americas.

Even though the forex market is formally open for 24 hours a day on all weekdays, there is a noticeable drop in trading activity during 19:00 GMT to 22:00 GMT because Americans are getting back home from work and people in New Zealand and Australia are just starting their day.

Apart from weekends, there are only two days during which the forex market is closed. This is during Christmas and New Year's Day.

People from different parts of the world choose different trading sessions to trade in depending on what suits their working hours. For example, people who live in Asia normally prefer to trade during the Tokyo or Singapore or Australian session.

Forex Traders must focus on trading one of these three large trading session rather than trying to trade them all.

It is better to focus on a single large trading session since over time you will be able to understand the movements during that session better & keep track of the trading session news for your time zone. Further, it limits the hours during which you have to actively trade.

Or you may also want to focus on time periods during which two trading sessions overlap. This overlap causes a time period of greater liquidity and activity in the market since two regions of the world are trading at the same time.

As a forex trader, you need to know when the markets are most active within each trading session.

It is also important to remember that the timing of sessions for different trading sessions are subject to change as countries start or stop observing daylight savings time during different parts of the year.

When is the Best Time to Trade Forex?

The activity in the forex market is low during the Sydney session and it gets higher once the Tokyo session opens. The liquidity in the market is highest during the London session, since most multinational banks have branches in London. The activity during the New York session is also very high.

Depending on your own local time, you need to find out which major trading session is open during your working hours.

For traders in Africa: Nigerian Trading website ForexTrading.ng explains in their guide that that the highest trading volume in Africa is in South Africa & Nigeria, and their working hours & time zone corresponds with the London session. Hence, it is advisable for African traders to trade during the London session.

Also, the ZAR currency pairs have a trading volume of 50 per cent in the UK and around 14% in South Africa, according to data from BIS. Hence, the best time to trade USDZAR or EURZAR is during the London session since there is higher volatility during this time.

For other traders in South East & South Asia, in their time zones the liquidity may be lower in most pairs. Most traders in this time zone can trade during both London & New York sessions.

Also, those who are looking to trade the JPY will find that trading during the Tokyo session is best since that is when JPY moves the most.

For traders in UK & EU: The best time would be during the London session. Also, there is some volatility during trading hours in Frankfurt.

For traders in Americas: The best time would be the New York Session, when the volatility is the highest for pairs with US Dollar.

As a rule of thumb, a forex trader should avoid trading during times when there is low liquidity in the market. This is because times of low liquidity causes currencies to be either too stable or too volatile. Hence, as a trader, you will find it more difficult to comprehend the movements of the market.

The fundamental and technical analysis of currency pairs do not work well during times of low liquidity or low activity. You will find that the market moves more randomly during such times.

The worst time to trade in the forex market is during the hours when the Sydney session is yet to start and the New York session has ended.

Understanding the different trading sessions of the forex market and how it affects the movement of different currency pairs will help you make more informed trades. It may be highly confusing and complex at first, but over time, you will start to understand.

Remember that trading during times of high volatility may not necessarily be a good trading strategy, especially if you are a new forex trader. High volatility also means higher risk, if you are trading with low margin.

Also, always be sure to start trading using a demo account in order to gain experience before investing your money.
For bank trade ideas, check out eFX Plus