Harvard economist: You're too stupid and racist to understand what's good for you 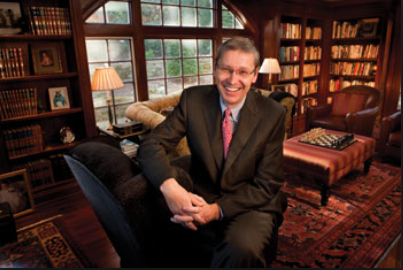 Mankiw thinks you're stupid (and probably racist) if you disagree with him.

The arrogance of an article in this weekend's New York Times on economics is astonishing. It sets out to ask an important question: Why Voters Don't Buy It When Economists Say Global Trade Is Good.

It ends up answering a bigger one.

On the question about global trade, the article draws a surprisingly simple conclusion. Author Gregory Mankiw says it's because voters are stupid. Really. On top of that he blames it on isolationism, ethnocentrism and nationalism (which is a polite way of saying racism).

He goes onto say that voters are so hopelessly stupid that only by better educating future generations will we they be able to understand the wisdom of people like him.

"As society slowly becomes more educated from generation to generation, the general public's attitudes toward globalization should move toward the experts," he writes.

It's a dazzling display of contempt for the public from a Harvard professor who can't believe that voters aren't listening to the gospel of the economic elites.

Instead of looking in the mirror at the repeated failings of the economic thought leaders or trying to understand the anger with a dose of humility, he doubles down from his ivory tower and says the public is hopelessly ignorant and racist.