Will inflation be transitory?

Inflation remains the hot topic in the market right now 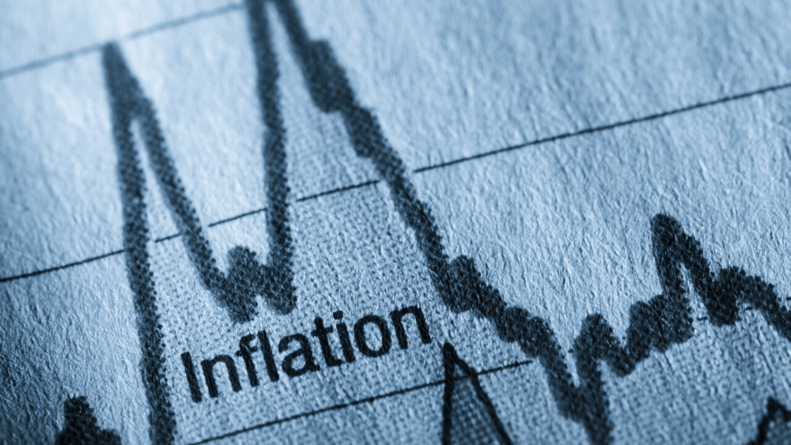 As we know, there are two competing theories about how inflation will evolve over the coming months.

On the one hand, the central banks and governments insist that it will be transitory. On the other hand, traditional economists, and other economic "rebels" such as The Big Short's Michael Burry, suggest that inflation will be a new feature of the economic landscape.

Aside from which one we might agree with, both base their theories on specific data and events.

For there to be transitory or long-term inflation, certain conditions need to be met. So, if we want to try to preposition our portfolios (or, potentially hedge), it would be useful to understand the basics of both theories. And also, what are some of the road markers we need to look out for.

Why would inflation be transitory?

Perhaps the most controversial position is that inflation would be transitory in an environment of massive government spending. Particularly in the US, where a significant portion of the "pandemic" spending is calculated over a 10-year horizon.

Generally, most government infrastructure spending takes months if not years of paperwork to get organized before the bulk of the spending is done.

The overall understanding of economics, therefore, would suggest that inflation would rise and stay elevated until the increased supply of money is balanced with economic activity. That said, the balance is the key difference, with both sides generally not agreeing about how much economic growth we can expect and when.

To put it simply, the value of money represents the underlying economic activity.

Inflation happens when the supply of money increases faster than economic activity. During the pandemic, there was a screeching halt of economic activity, but money was withdrawn from circulation even faster as most consumers turned to saving. Saving rates skyrocketed around the world, but particularly in America.

Consequently, there was deflation.

The consensus is that if you push a lot of money into the economy over a short period of time, this can stimulate demand. Then, as the economy "bounces back" from the recession, it "grows into" the increased monetary base.

Getting back on track

In very simple terms, the theory that central banks are operating under is that the massive stimulus put into the economy compensates for the savers' withdrawal.

Then, the economy will grow quickly during the recovery and return to a rate that "balances" the amount of currency in circulation. Thus, there is a temporary spike in inflation, but it dies down once the recovery is fully underway.

Dissenters disagree with that theory, mostly on the basis that:

A) The economy isn't going to grow as fast for a lot of reasons. These include uncertainty around covid lockdowns, all the businesses that have gone bankrupt in the interim, and increased regulatory burden.

B) The governments won't pair back their spending to pre-covid levels. This means significantly increased government spending without increased economic activity. So, they will have to raise taxes. This in turn will further depress the economy.

C) Low interest rates can give the economy a boost in the short term, but over longer periods cause an economic drag. This is the "Japanese model" and the threat of a liquidity trap. Europe's meagre economic growth pre-pandemic is another example.

Now whether we are headed towards a period of prolonged inflation or it's just a blip, it will have a profound impact on the market.

Central banks will have to address the issue, and entire fortunes are staked on the outcome. The simple way of assessing this is to look at the inflation rate. Nonetheless, by then inflation has already happened, and the market will have already adjusted.

You might try to get a jump on inflation trends by tracking the producer price index.

Realistically, to guess who is more likely to be right, we need to keep a track of economic activity.

The GDP numbers are a bit slow to tell us this, since they come out only once a quarter. So, we need other substitutes. One of them is PMI data service (or non-manufacturing), since that's the sector covid impacted the most.

If businesses are investing, then they are optimistic there will be economic growth, which can be a self-fulfilling prophecy.

Trade data, and sales numbers from companies, including monthly traffic figures from airlines, can also provide some valuable insight into whether the economy is normalizing.

Where to spot a shift

We can't expect a full "normalization" until the threat of covid restrictions is fully removed, as well as covid related obstacles to growth, such as the supply chain disruptions in ports.

Businesses having to pay more for transportation, and wait longer to get supplies, will inevitably push inflation.

Until those issues are resolved, the "stagflation" side has the data on their side.

This article was submitted by Orbex.
Invest in yourself. See our forex education hub.