11 Marines and one Navy medic killed in Afghanistan bombing 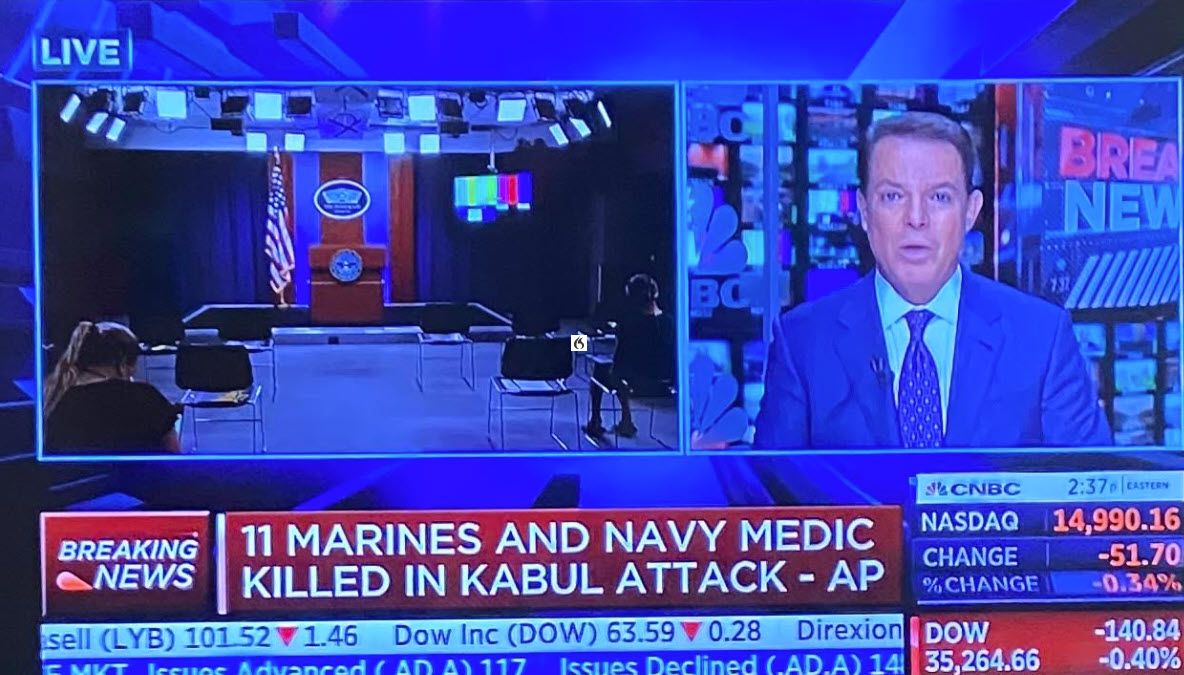 The Associated Press is reporting now that 11 Marines and one daily medic have been confirmed killed in the Afghanistan bombing at the Kabul airport and nearby Baron Hotel.
The Taliban says that the US was in charge of securing the area which according to sources is not true.  It was the Taliban who guaranteed security and safe passage for evacuation.
There will be a Pentagon briefing at the top of the hour.
It is the first service personnel killed since February 2020.
Invest in yourself. See our forex education hub.