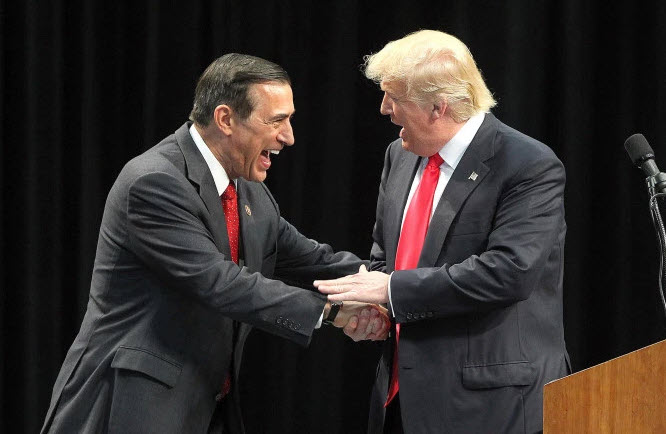 A 2nd House Republican from California has announced that he will not run for reelection.
Rep. Darrell Issa said he will retire at the end of his term.  Issa joins fellow Republican Ed Royce who announced his retirement earlier this week.
Issa is best known to be a "conservative attack dog".  His seat was expected to be one of the nation's most hotly contested congressional races.  He nearly lost his seat in 2016 winning by less than one percentage.