At least for now, that is 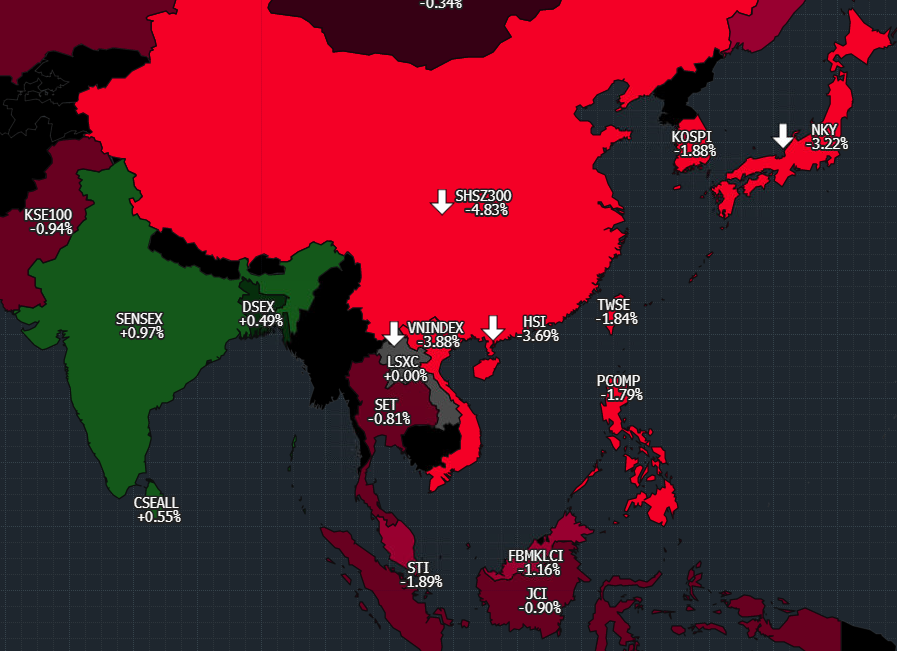 US equities were hammered in trading yesterday with sentiment flowing from higher yields post BOE played with investors' longer-term outlook on the stock market. And that sentiment is flowing over to Asian trading today as well.
Asian equities are all in the red today - with the exception of India who bucks the trend once again - and the losses sustained are rather heavy. The Nikkei is down by more than 3%, same goes for the Hang Seng, and China's Shanghai Composite is down by 4.3% at the moment.
FX markets responded accordingly in US trading overnight with safe haven currencies leading the charge but currency traders in Asia aren't getting that message. The two worst performing currencies so far today are in fact safe haven currencies - the Japanese yen and the Swiss franc.

The moves in the major currencies bloc have been rather tame to start the day, but if equities in Europe start showing signs of shakiness and nervousness it's only a matter of time until the currency market follows accordingly.