The data from China showed some good beats for

And and an in line Q2 GDP. Even though its inline with expected GDP growth is slow (for China), lowest in nearly three decades. Perhaps another caveat on the data is that while IP was a storng beat indeed, its coming off a 17 year ;low in May.
Anyway, enough with the curmudgeon.
AUD/USD has had a tiny rnage but FWIW it test towards its Friday high on the data, just above 0.7020 and so far its still pretty much there.
AUD bears might face a bot more of a test …. AUD showing a bid tone on the session ( albeit in that tiny range). 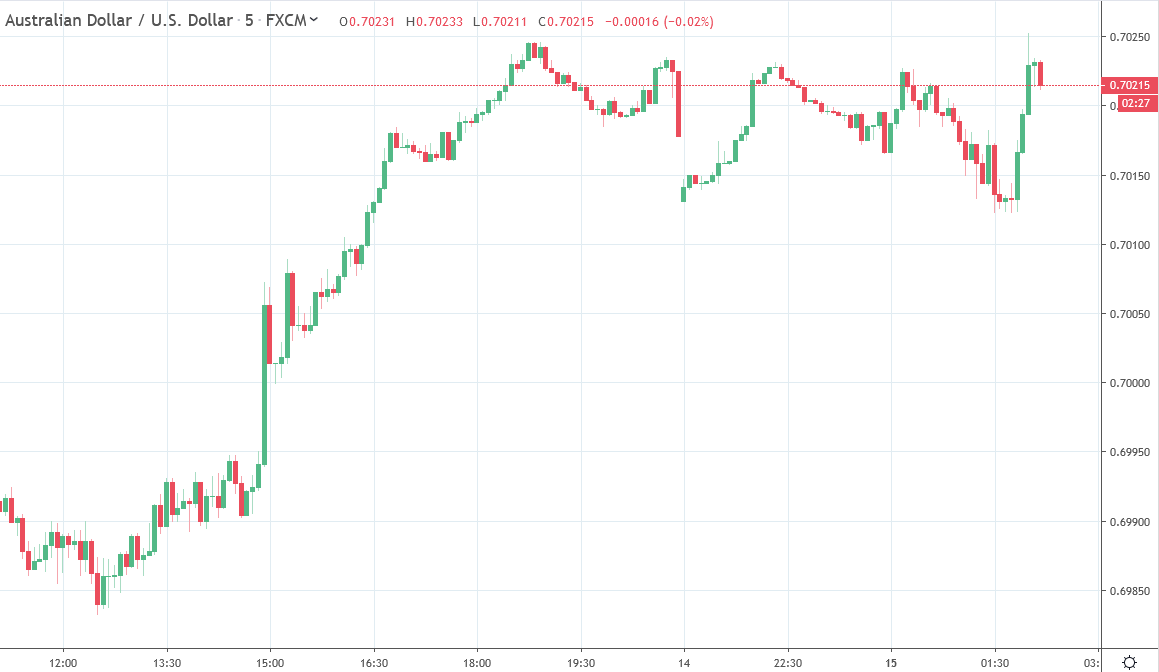