Earlier this week Goldman Sachs took a very big knife to their Q3 economic growth forecast thanks to the shutdown in Sydney.

Sydney is Australia's largest city in Australia's largest (population) state.
The situation in Australia worsened yesterday with the country's second-largest city, Melbourne in Australia's second-largest (by population) state also placed into lockdown (a much harder lockdown than the Sydney lockdown and its statewide). The Melbourne lockdown, the city's fifth lockdown, is for 5 days. The previous lockdown was announced for 7 days, and it lasted about a month with some minor easing of restrictions after two weeks
HSBC have quickly cut their expectations for economic growth in the second half of the year for Australia, saying the economy will stall
Meanwhile in New Zealand, where the travel bubble has been suspended for NSW and Victoria, the RBNZ is tipped to hike rates next month ... NZD outpacing the AUD: 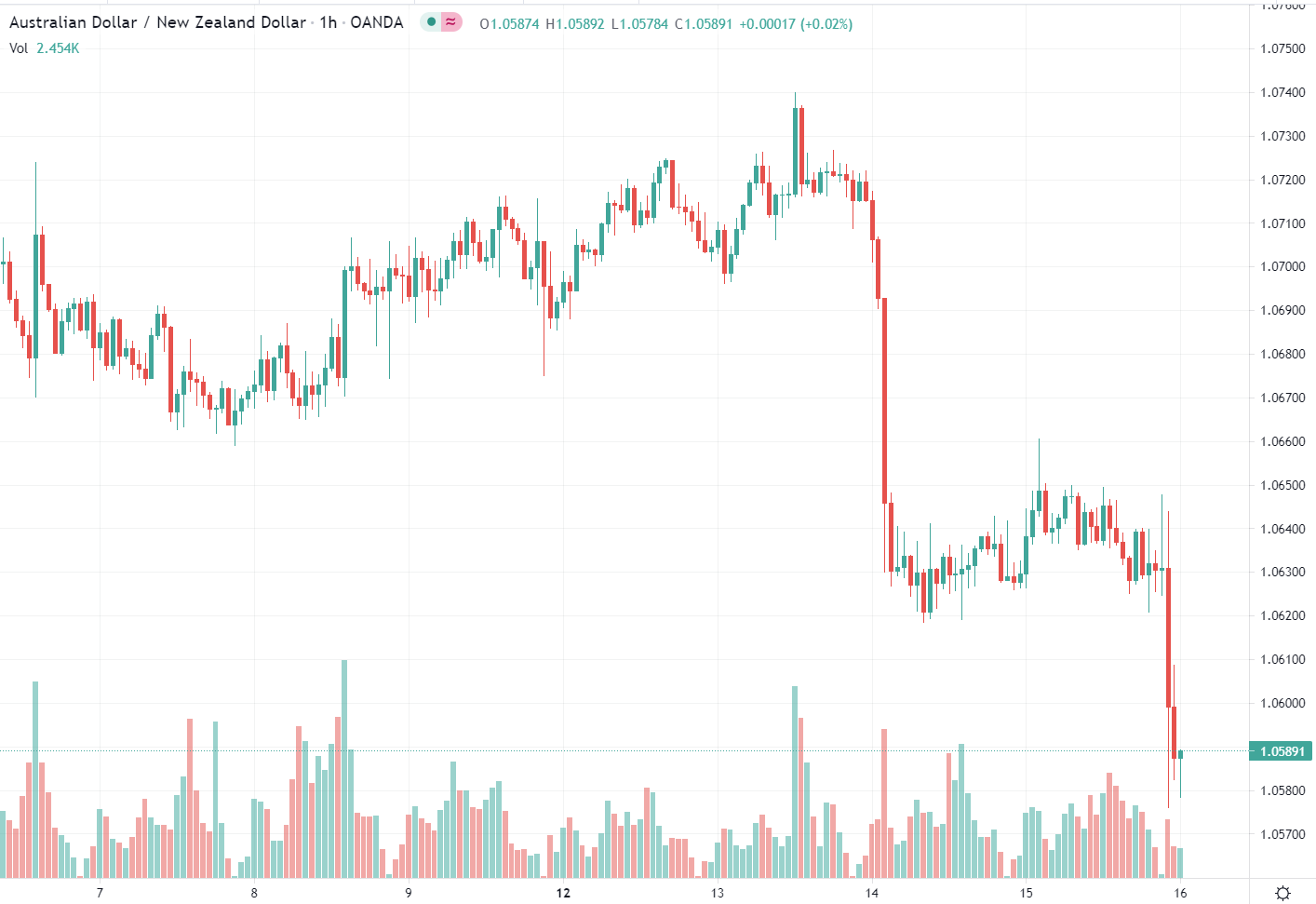