The Australian Prime Minister speaking with media in Canberra says the Chinese government should be utterly ashamed.

He is referring to this photoshopped image from a Chinese government official (a low-level minion albeit), Lijian Zhao, Spokesman & DDG, Information Department, Foreign Ministry, China.
WARNING - pic is disturbing and graphic. 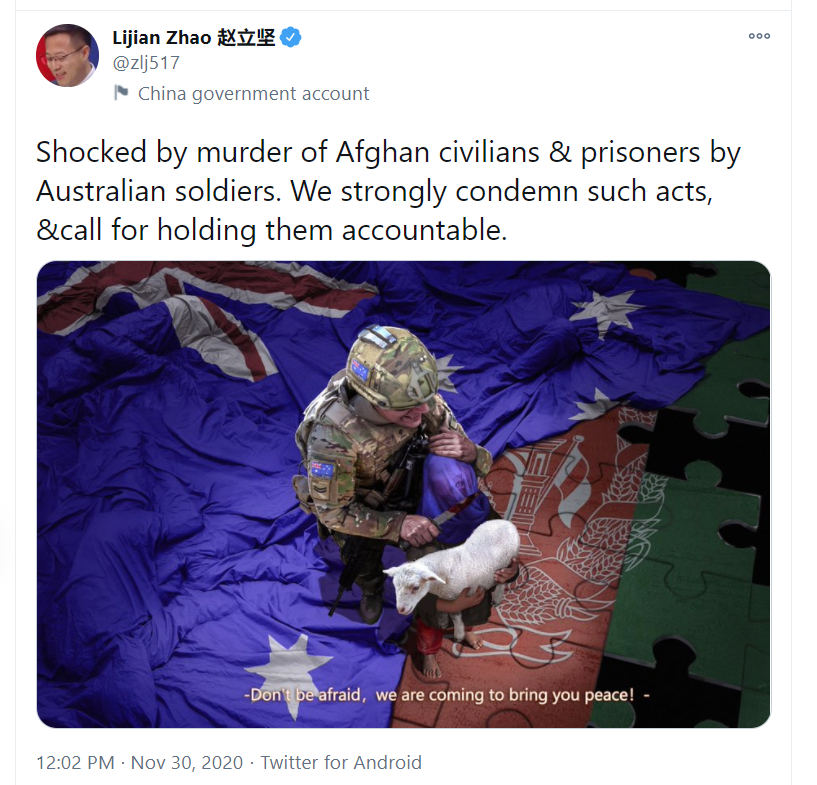 Says Australia is seeking an apology from China's government
China-Australia relations dropping to a new low.
--
Zhao is referencing the official war crimes inquiry in Australia that has found some soldiers in Afghanistan murdered Afghanis.