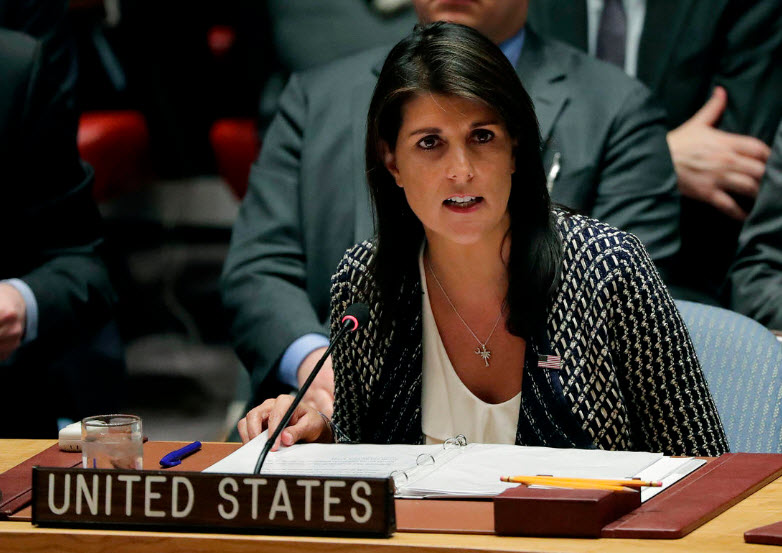 Fears (or speculation) is  that there may be a more hawkish appointment against the UN from Trump.  It is unclear if the resignation was coerced by the Trump administration.
JUST IN: Nikki Haley has declined to comment on whether she has resigned as US UN ambassador. Trump and Haley are reported to meet in Oval office at 11:30 AM ET.
It does not seem to be related but overnight reports surfaced that a watchdog organization is calling for an investigation into seven private flights taken by Haley that were paid for by South Carolina business executives.

Back in March, Haley criticized the President's tweeting saying, "When I wake up, I don't know what he's going to tweet about," Haley said,. "So you know, you're always kind of moving through life with his tweets in mind."