Bill Gross on the Fed and technicals

He said that a rate hike in December is a 'slam dunk'. Note that he's made those kinds of statements before (recently) and been wrong. Still, he didn't get to be a billionaire by being wrong too often.

He talked about that level as a key trendline since the 1980s. I'm not sure how he's drawing that one but it's something like this. 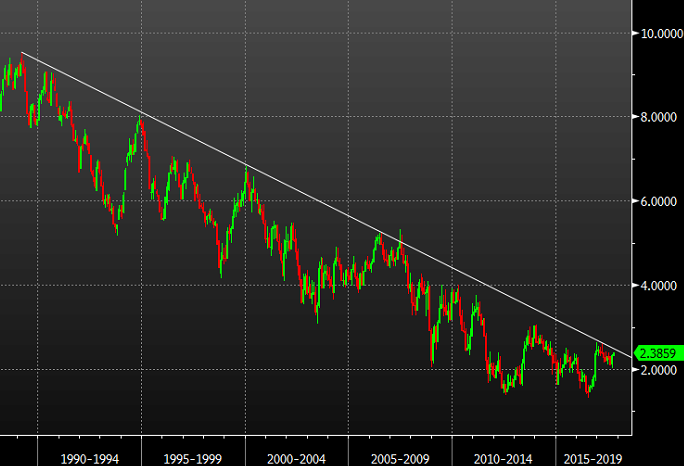