Normally the words Bitcoin and cryptocurrency are associated with two groups of people. Firstly, the domain of terrorists and criminals. Secondly, those who envision some kind of utopian future. So, fringe stuff for sure.
Crypto's go mainstream
However, over the last few weeks we saw a major shift in the perception of Bitcoin when PayPal announced it will allow its 340+ million user base to buy and spend Bitcoin. Now, there were some caveats to this headline as users cannot transfer cryptocurrencies into or out of PayPal, nor would users have control of the private keys (the long string of numbers and letters that allow holder to move their digital assets). Nevertheless, the endorsement by PayPal sends a green light to the world. Crypto's are ok for ordinary people. PayPal are also increasing the amount of purchases that can be made in response to customer demand.
PayPal is not the only endorsement
Paul Tudor Jones said before Bitcoin's latest bull run that the move higher at the time was just its 'first inning' and it was the 'best inflation trade'. Bloomberg have reported Bitcoin could be at $100,000 in five years. JP Morgan's Global Quantitative and Derivatives Strategy team sees Bitcoin having considerable upside potential. All of this means that Bitcoin's appeal is set to reach more traditional and highly capitalised investors in the near term. Therefore, BTCUSD looks like a buy on the dips as long as this positive stance for Bitcoin remains
A retest of the weekly broken trend line would be the first obvious test for the bulls. 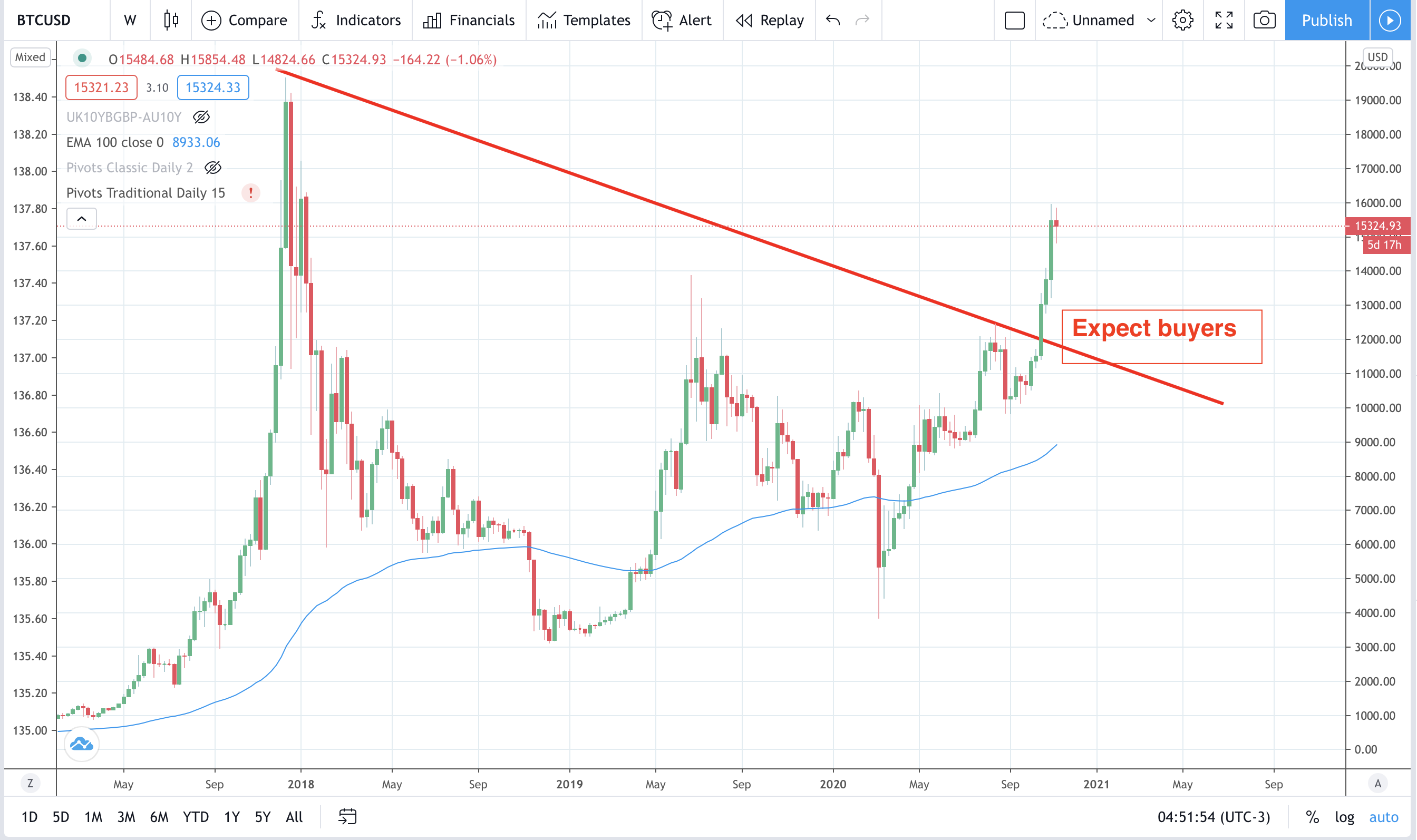