Brazil government in touch with the US trade reps on tariffs

According to sources:
Earlier today Trump restored the tariffs on steel and aluminum from Brazil and Argentina.  He announced the actions in a tweet and in doing so, criticized the Fed for not devaluing the dollar by lowering rates and loosening policy.

I guess that might imply that the US is responsible for the Brazilians manipulating their currency lower ; )  Maybe the Pres. should have kept the part about the Fed out of his argument for currency manipulation. 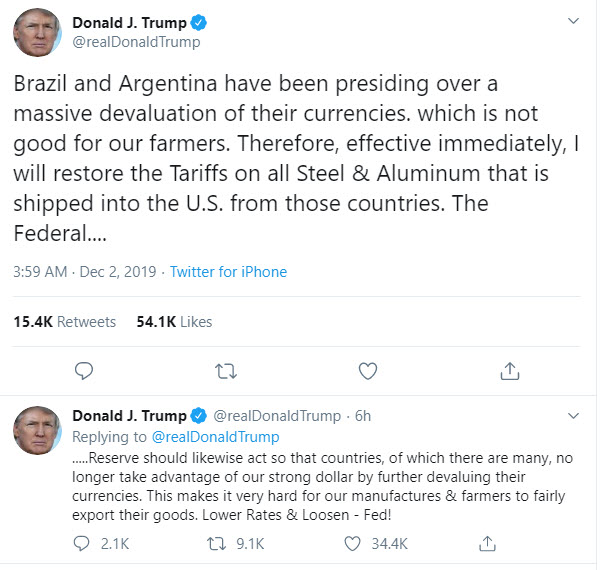 The USDBRL moved took out its 5 year high last week 4.2478 but has moved back below that level today. 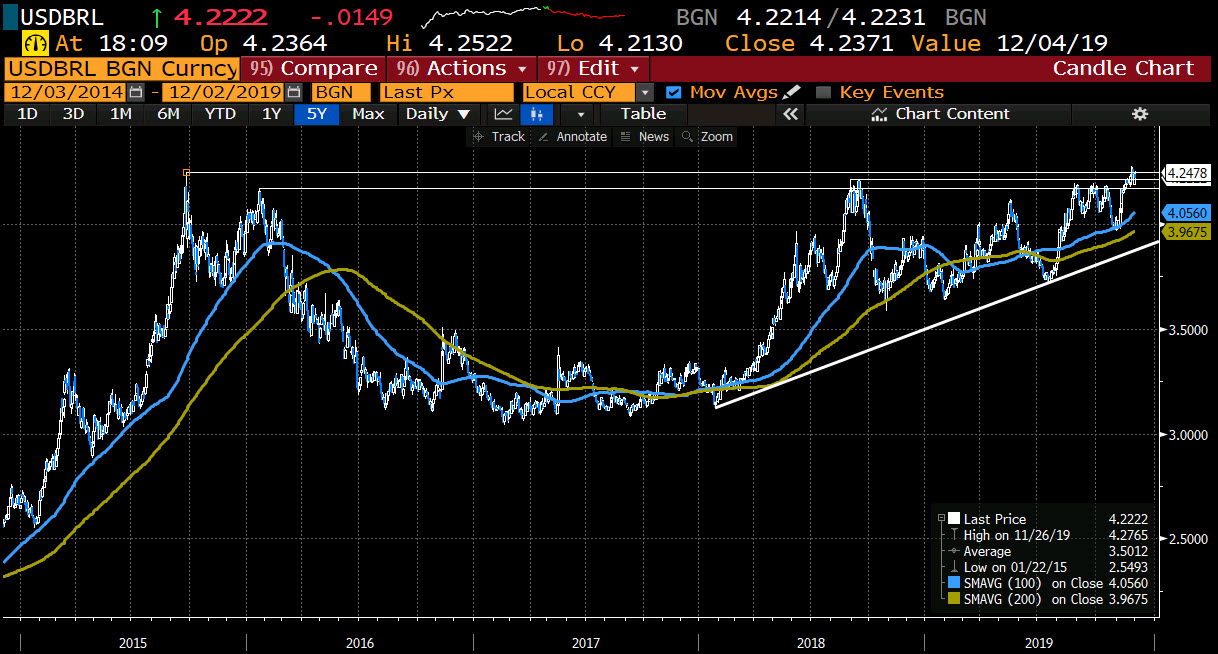 There will always be a debate on whether it is manipulation or is the US the economy stronger and therefore demands a higher currency.  The year on year growth in Brazil is 1.01% in the 2Q of 2019. THe 3Q estimate is for growth to come in at 1.0% again.
They just released trade data for November which showed a trade surplus (overall) of 3428M which is off the recent low of 1206 in October and off the January high of surplus of 6428M. 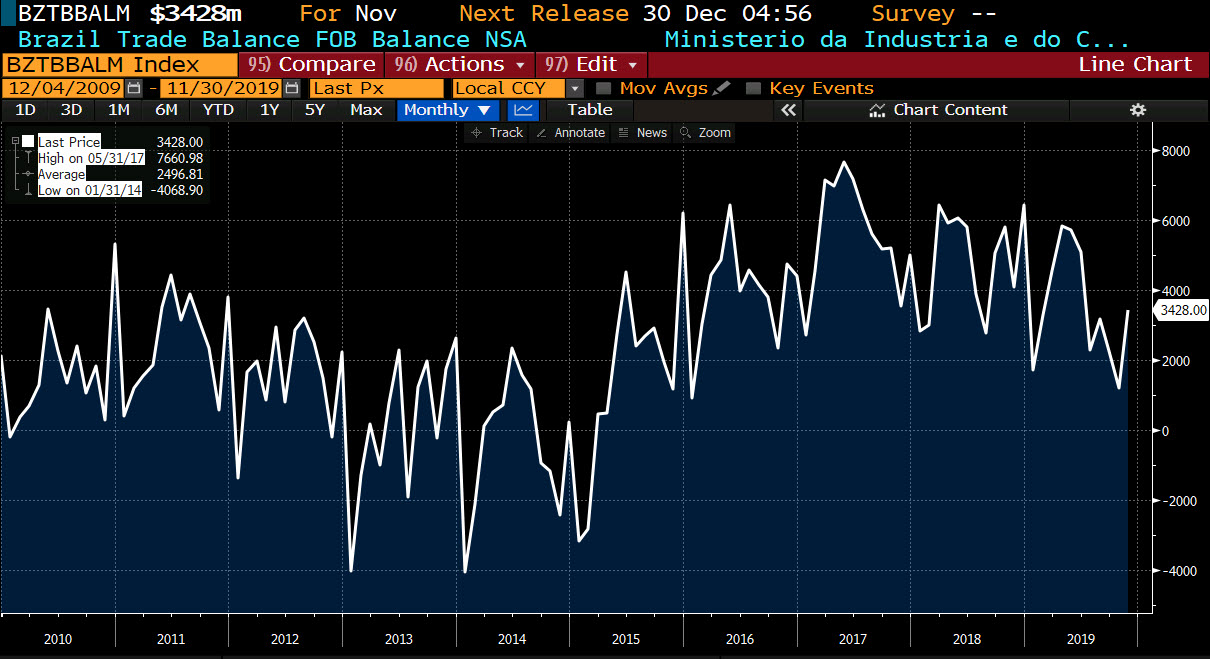