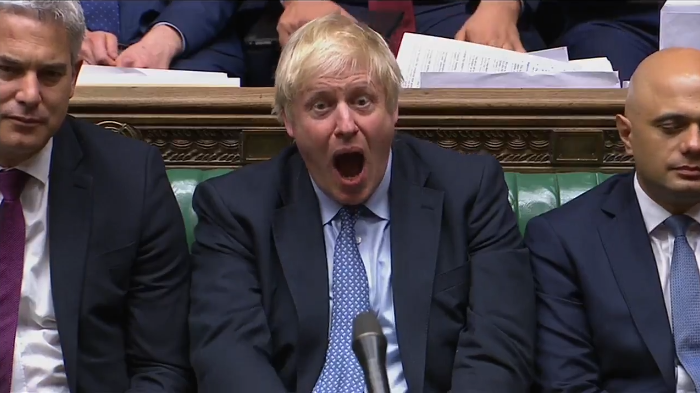 Let's recap some of the events from yesterday first again:
1. House of Lords end debate "early" at 0030 GMT as peers agree to let bill pass
2. Boris Johnson says he would rather "be dead in a ditch" than delay Brexit
Yeah, not as dramatic as what we saw on Wednesday but certainly still plenty of uncertainty still at play. At this stage, the Brexit delay bill looks set to be turned into law before 1600 GMT today and should gain royal assent thereafter.
Peers give up on trying to filibuster the bill so it looks like it'll be smooth-sailing from hereon.
That will cement further hopes of avoiding a no-deal Brexit but remember, this is just the UK side of the equation. With no further solution to the backstop or a clear game plan, will the EU grant an extension as such?
Meanwhile, word on the street is that the government will try once again on Monday to seek a general election before 31 October. With the Brexit delay bill set to turn into law, will opposition lawmakers back their earlier rhetoric to support an election now?
If they don't, we're going to be stuck in a bit of a quagmire again as the UK government has to ask European leaders for an extension without a working majority and also with no clear plan/solution to end all of this mess.
But with Boris Johnson claiming that he'd rather "be dead in a ditch", will we see him potentially resigning before all of this ends?
Avoiding a no-deal Brexit sounds good on paper but without a firm idea on how to find a compromise, it is merely kicking the can down the road perpetually at the expense of the domestic economy - which looks set for a recession now.
So, is a further delay really a good thing for the pound? I reckon on the balance of hopes of a second referendum, then maybe yes. But the longer this drags on, it's akin to tearing off a band aid if anything else.
The quicker you do it, the better. The longer you take to rip it off, it just prolongs the agony and the pain suffered.