Broad declarations that Biden will be the next President are imminent. Does it matter for markets? 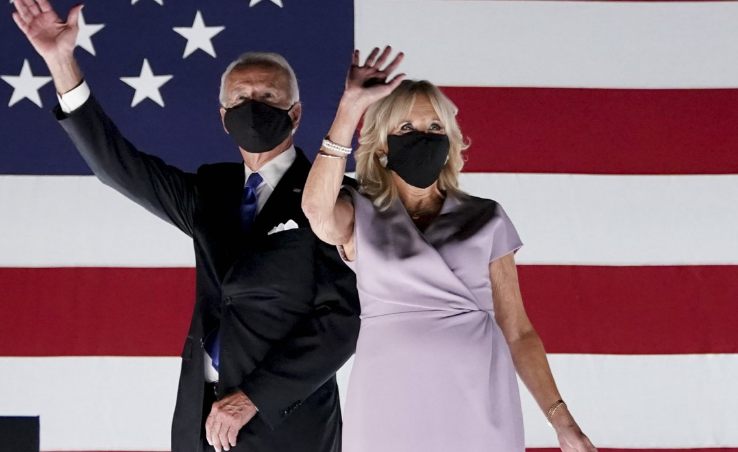 It's been clear for a day that Biden would have the votes to overtake Trump in Pennsylvania and win the election. The mail-in votes are widely favouring him and 5% of votes in the state are still outstanding.
Arizona, Nevada and Georgia are still uncertain but Biden is a strong favourite in all but Arizona.
With Pennsylvania though, it doesn't matter. Does it matter for the market if/when Biden is called? I should be priced in by now and the bigger risk is a sell-the-fact drop in equities. We'll also have to see how Trump reacts as well.
Decisions Desk HQ has called it but it's going to take a move from CNN, Fox News and the major networks to cement it. 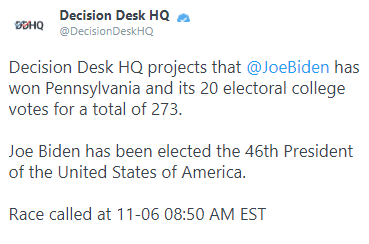 It's tough to say exactly when they will call it because they're being cautious but I expect it will be today. It may be in minutes.
For bank trade ideas, check out eFX Plus