Cable gives back some of the late-year gains

The pound got a bit ahead of itself 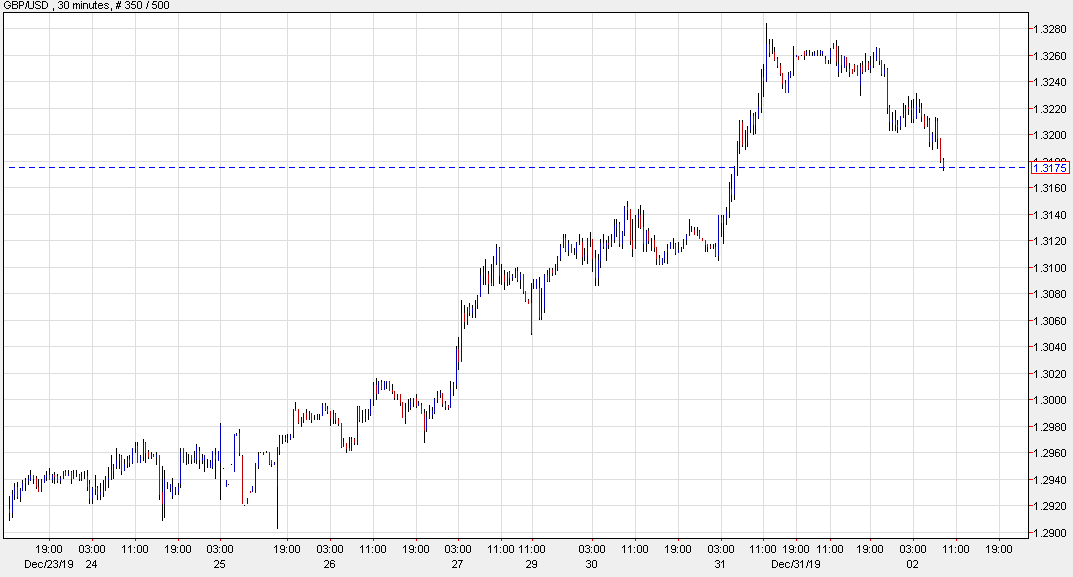 From Christmas Eve through New Years Eve cable gained more than 350 pips.
That's a highly unusual one-way move on no news at an time of year when liquidity is lowest. As such, it's high suspect and now we're seeing some payback. GBP/USD is down 80 pips today to 1.3175 as the final flurry higher fades.
Looking back further is the wild election spike higher and then fast fade lower. That also skews the picture.
If we zoom out over the past two months, it looks to me like this is a market trying to find a balance and it's testing the extremes. I see a small downward bias toward 1.3100 but we should get a better idea of the new trading range in the week ahead. 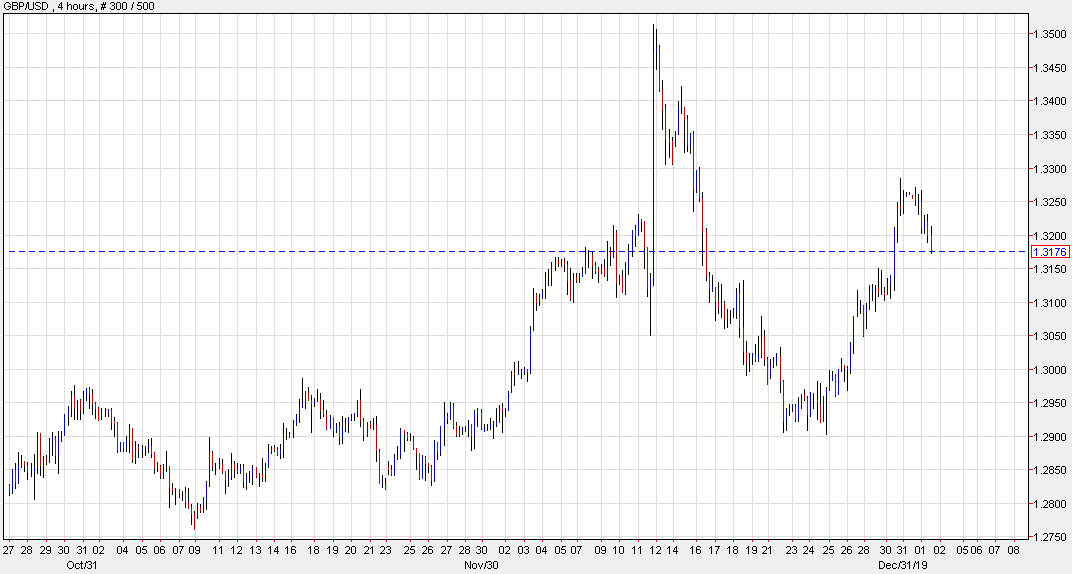 Today's BOE decision maker panel survey highlighted Brexit uncertainty but it was conducted from Dec 6-20 with is on both sides of the election date. At this point, a Brexit should be entirely priced in and I think we can look to economic data for the next move. Throughout Europe today's manufacturing data showed a stable trend but at a poor level. The market will want to see some kind of bounce soon.