Can the US dollar disconnect from the risk trade?

That's an idea that has to be on the table

Ultimately, a bet on a currency is a bet on that country's growth. Yes there are a dozen caveats because of the structure of global capital but growth wins and the growth story often gets lost.
We're ultra-accustomed to the safety trade and the US dollar's role in that but it's not the only safe haven. The two best year-to-date performers are the yen and Swiss franc.

Also notice that the euro is basically unchanged against the dollar this year. Now, the consensus opinion is that Europe is a black hole of growth and the past 12 years makes that pretty clear but you could argue that's all priced in.
I can envision a world where growth diverges widely because of differing coronavirus numbers. This chart is stark, especially with Europe's population exceeding the US by 25%. 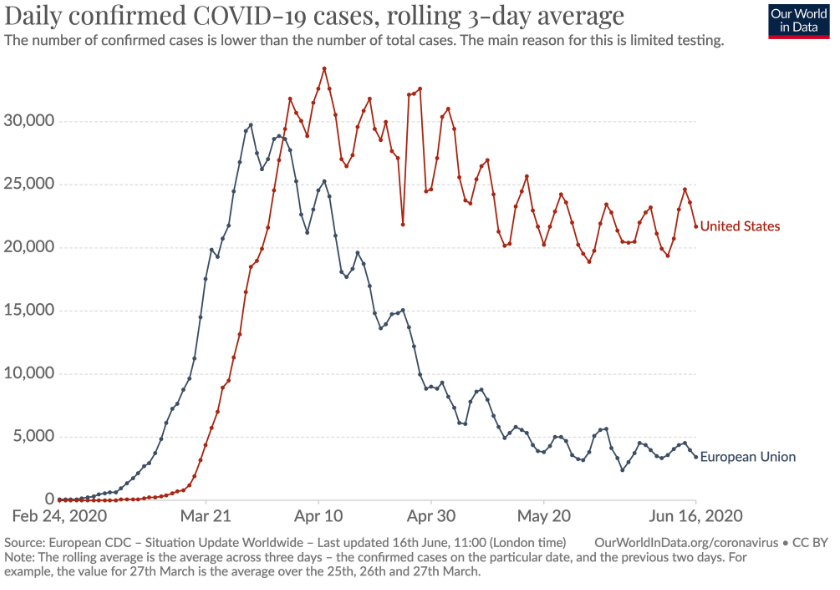 Is it so tough to envision a year or so of better-than-expect European growth compared to the US because of the virus. Certainly, the US has proved it's better at running an economy but Europe right now looks like it's better at running public health, and that matters.
That said, here are German daily cases and they're also worth keeping an eye on: 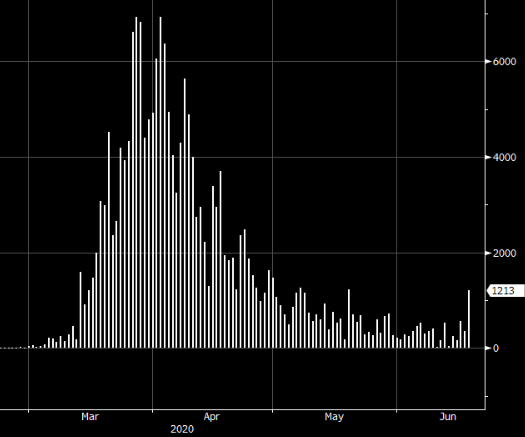 So what's the trade? There is none right now. I think technicals are the way to trade right now and there is a beautiful head-and-shoulders top in EUR/USD.
The risk trade is the only game in town. The head-and-shoulders pattern targets 1.10 so there's nothing to consider until there.
There's also a host of other currencies, including an Australian dollar trade that I highlighted seven weeks ago that's gone extremely well.
The overall point is that the old fashioned 'risk trade' is seductive when volatility is high but the rules of FX are often rewritten and now is as good of a time as ever.
For bank trade ideas, check out eFX Plus