Can Yellen spin her way out of the 38k NFP report?

Perhaps the bigger question is, will she?

The last thing Yellen wanted a week after making noises about the next hike was a collapse in the non-farm payrolls. The 38k number did just that and there wasn't much good news in the other payrolls components either. Private payrolls were crap, manufacturing was crap, the only one that didn't hang its head in shame was government payrolls adding 13k following a 7k loss in April.

On the other side, wages held up and that's a key indicator. At some point the NFP headline numbers will suffer. Let's face it, it's been on the longest positive run ever and just like all trends it won't last forever. But, that's where wages will take up the slack. The jobs market needs to get to the next stage, where available work becomes tighter or applicants become fewer. Then wages should pick up and we enter the jobs merry-go-round where instead of looking for work, people are looking to move up and change their job roles. I say "should" but that part has been lacking in the UK as well.

Yellen's got a that old 'rock and a hard place' task today if she chooses to address the report, and quite frankly the market isn't going to like it if she doesn't. So how does she brush off two bad reports on the spin? If she says that two reports won't change the Fed path, what happens if we get a third bad report? What if she says it is an issue that may cause the Fed to pause for longer?

The Fed have painted themselves into a corner once again. Their data dependency got a kick in the nuts last Friday after what has been a steady month in most areas. They've made the market focus on the data and that made the NFP report all the bigger. Next month is going to be huge, probably one of the biggest ever. That's then and Yellen is up later today and has to deal with what's going on now.

Can she rescue the Fed's case for hikes, or was the NFP a reminder of why they're being so cautious? 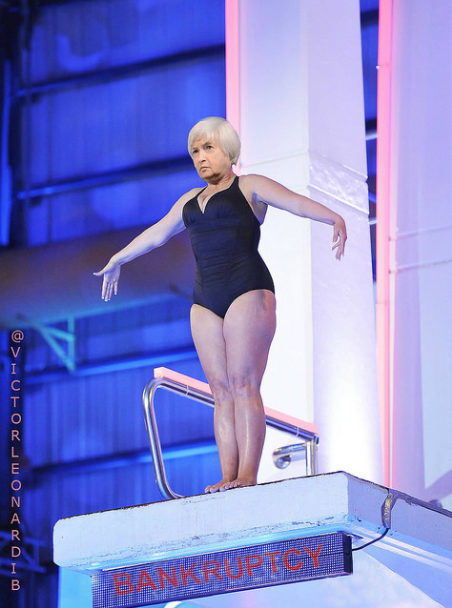 Yellen to dive into the economy at 16.30 GMT