Canada added more jobs in April than any month in history, or at least since 1976 when StatsCan records begin.
The economy cranked out 106.5K jobs, nearly ten times more expected. The jump wipes out the 7.2K in job losses that were reported in March. The unemployment rate fell to 5.7% from 5.8%. The past nine months have seen the best jobs growth since 2003 in defiance of difficulties in the oil and housing markets.
The Canadian dollar cheered the report and USD/CAD fell to 1.3399 from 1.3465 before the data. The drop pushed the pair to the lowest since May 1 and was helped by a slight miss on US inflation data released at the same time. 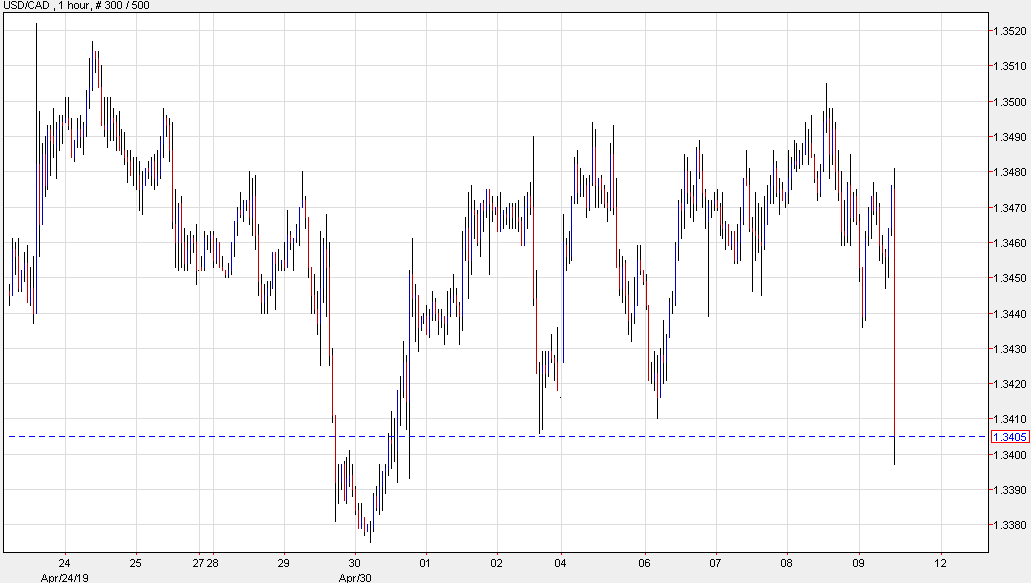 The move may have been bigger if the market wasn't laser-focus on US-China trade negotiations. A hint from Trump that there was 'no rush' to make a deal was a negative signal and earlier weighed on the Canadian dollar and broad equity sentiment.