Earlier today Walmart announced they would be raising their minimum wage to $11 from $10 (and pay a bonus).

Capital One is reported to to be raising their minimum wage to $15/hour. Earlier today Walmart also said they would raise their minimum wage, give a bonus and also increase some benefits.
They are the latest companies to announce either a bonus, higher wages or both from the tax reform act.
That should increase the wage component of the employment report over time and increase spending in the economy.
On the downside, Walmart -on the day of the wage increase - said they were closing some of their Sam's Clubs Warehouse stores. Those stores compete with Costco, and the news has led to a near 2% rise in the value of their stock.
I love Costco, shop there every week, but don't own their stock. What is wrong with me? 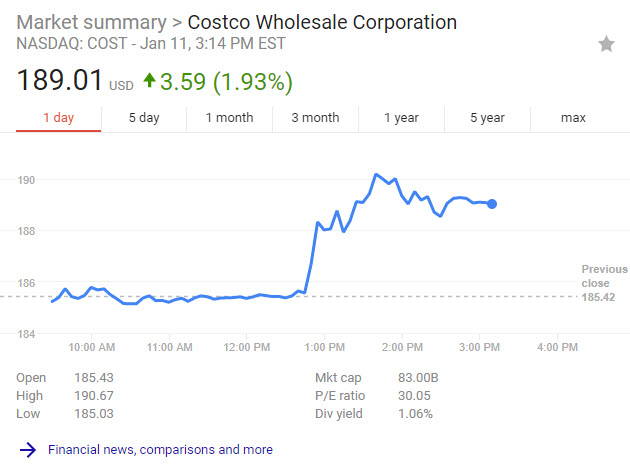