Revolution is coming: Markets are sleepwalking towards a made-in-China disaster 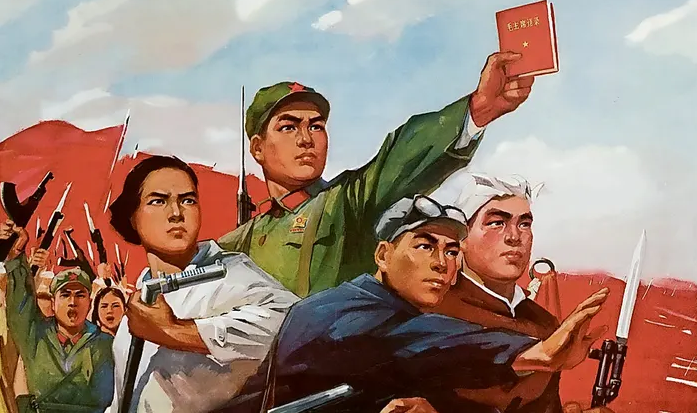 At the best of times China is a mystery but at the turning points it's even more opaque.
We may be at one now and it could have crushing repercussions for the global economy.
Two stories have grabbed media attention recently.
Now that sounds like the kind of thing you'd see in a totalitarian non-democracy. It's not great for the people there but it's not much of a concern economically.
The problem is that there is much more going on than that. China has a few problems that it's trying to deal with:
It increasingly looks like China wants to tackle these problems head on and is willing to sacrifice economic growth to do it.
Xi didn't just call for a ban on effeminate men (perhaps the thinking is that it would boost the rate of household formation) but called for "revolutionary culture" and a "national rejuvenation" with tighter party control of  education, culture and business.
These are toothless edicts. Weibo suspended thousands of accounts for celebrity fan clubs and entertainment news. Popular actress Zhao Wei has been erased.
Much more concerning is what is happening in the economy. Chinese tech shares have been crushed after the government banned for-profit educational tutoring and demanded more social spending from its tech giants. The China tech ETF has been cut in half. 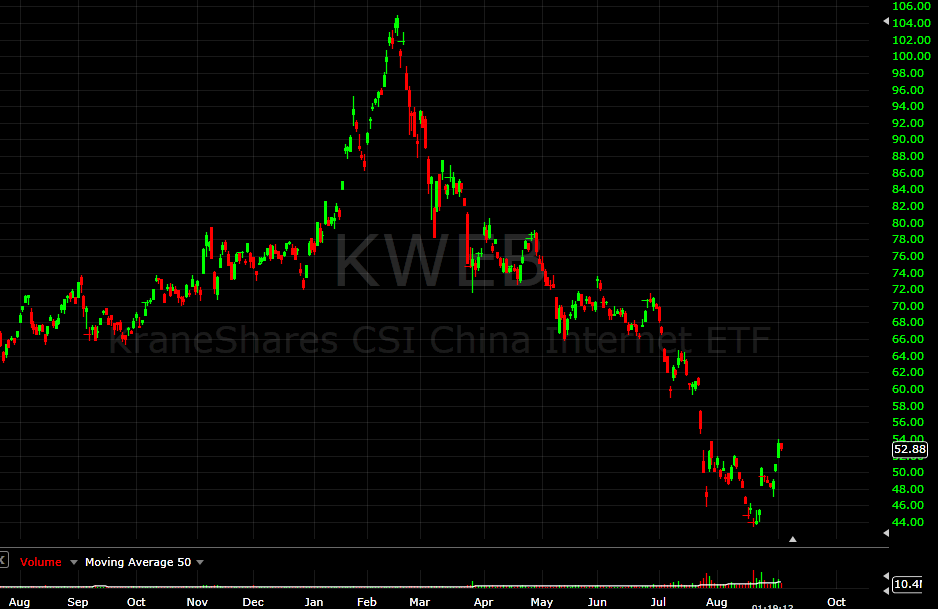 That might just be the beginning.
A cryptic blog post from unknown writer Li Guangman has been hugely elevated in a coordinated way by state-sponsored media recently.
"This change will wash away all the dust, and the capital market will no longer be a paradise for capitalists to grow rich overnight," the post said.
Just today, President Xi announced the creation of a new stock exchange in Beijing.
The post recaps the cultural crackdowns and calls for a new pursuit of "common prosperity"

It's uncommon for Communist Party rhetoric to use the word revolution and the post was shared on 8 major state media sites on August 29. 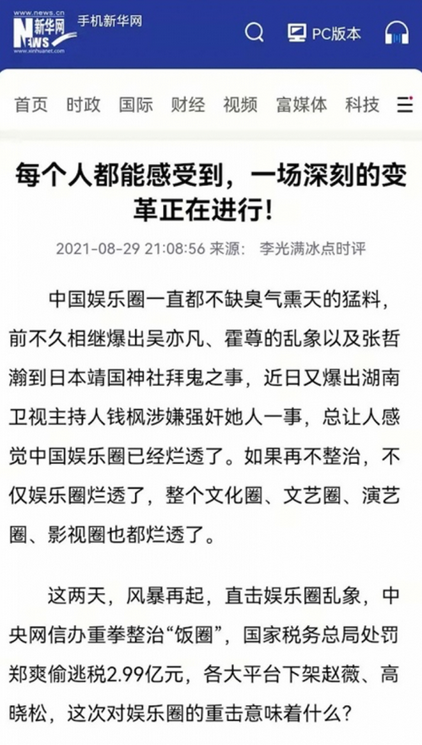 The speculation now is that in November Xi could redefine the current period as a "new era". A move that would solidify his leadership position and hasn't been declared since 1981. They're meant to be statements on history that set out new priorities.
The China Media Project has summarized all this in much more detail, and notes that just this week some unusual language emerged from the Politburo session.

It was pointed out at the meeting that, by learning from history, we can understand [the laws] of rise and decline. Summarizing the major achievements and historical experiences of the Party in its century-long struggle to build a modern socialist nation century of struggle is necessary to persist in the development of socialism with Chinese  characteristics in the new era, is necessary to enhancing a political mindset, a macro-mindset, a 'core' mindset, and a mindset of compliance, to maintaining confidence in the path, confidence in [the Party's] theories,  confidence in the system, confidence in our culture, and to firmly maintaining General Secretary Xi Jinping's status as the core of the party center and the entire party . . . .

What does it mean for the economy?
It can't be good. GDP growth has been China's driving goal for the past +20 years, at the expense of almost everything else. Growth targets were sacrosanct.
Chinese leaders may have sensed that the shift to a consumer-led economy wasn't working in the way it hoped. Demographic shifts also pose an existential risk to prosperity.
The party may have concluded that cultural changes were needed to get where it wants to go. There are also signs they're looking to broaden economic gains and two weeks ago Xi offered a huge warning in a speech about common prosperity.

"We can support wealthy entrepreneurs who work hard, operate legally, and have taken risks to start businesses ... but we must also do our best to establish a 'scientific' public policy system that allows for fairer income distribution. At the same time, [the government] should protect and improve livelihoods  based on healthy economic development with a focus on strengthening a universal and inclusive security scheme."

A particular area of concern is real estate.
Economists at Nomura said China could be facing a "Volcker Moment"; similar to when the former Fed chair signaled he would hurt the economy with higher interest rates in order to break the back of inflation.

"Unlike in previous economic down cycles, Chinese authorities look set to tighten property sector policy and tame prices this time, in order to reduce waelth inequality and boost the falling birthrate ... policy makers will be willing to sacrifice near-term economic growth to tame house prices and divert financial resources out of the property sector, which accounts for a quarter of China's GDP."

If that's the case, then the trade is to sell everything.

There's ample evidence that Chinese markets are trembling. Evergrande -- which is China's second-largest developer -- is on the verge of crumbling. It holds $302 billion in liabilities and its bonds are trading at 27-cents from 85-cents in June. It's struggling to find the money to pay contractors and complete homes. It's a snowballing crisis and there are signs the central bank has gotten involved with liabilities extending to 128 banks and 121 non-bank institutions.
Between Xi, Chinese economic malaise and high debt levels, Evergrande could be the domino that topples the Chinese economy and market enthusiasm elsewhere.
And let's not forget this week's official non-manufacturing PMI: 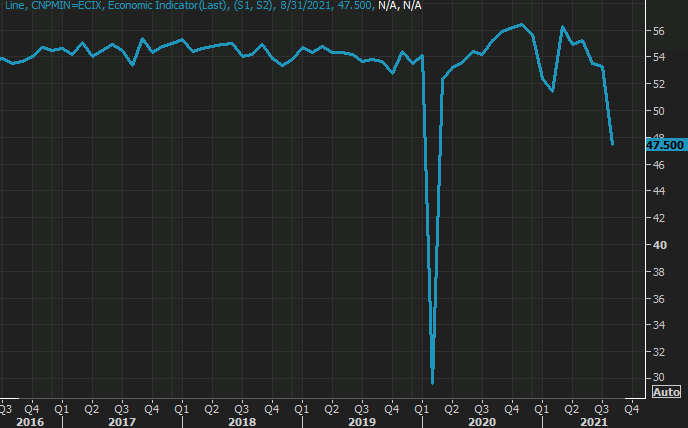