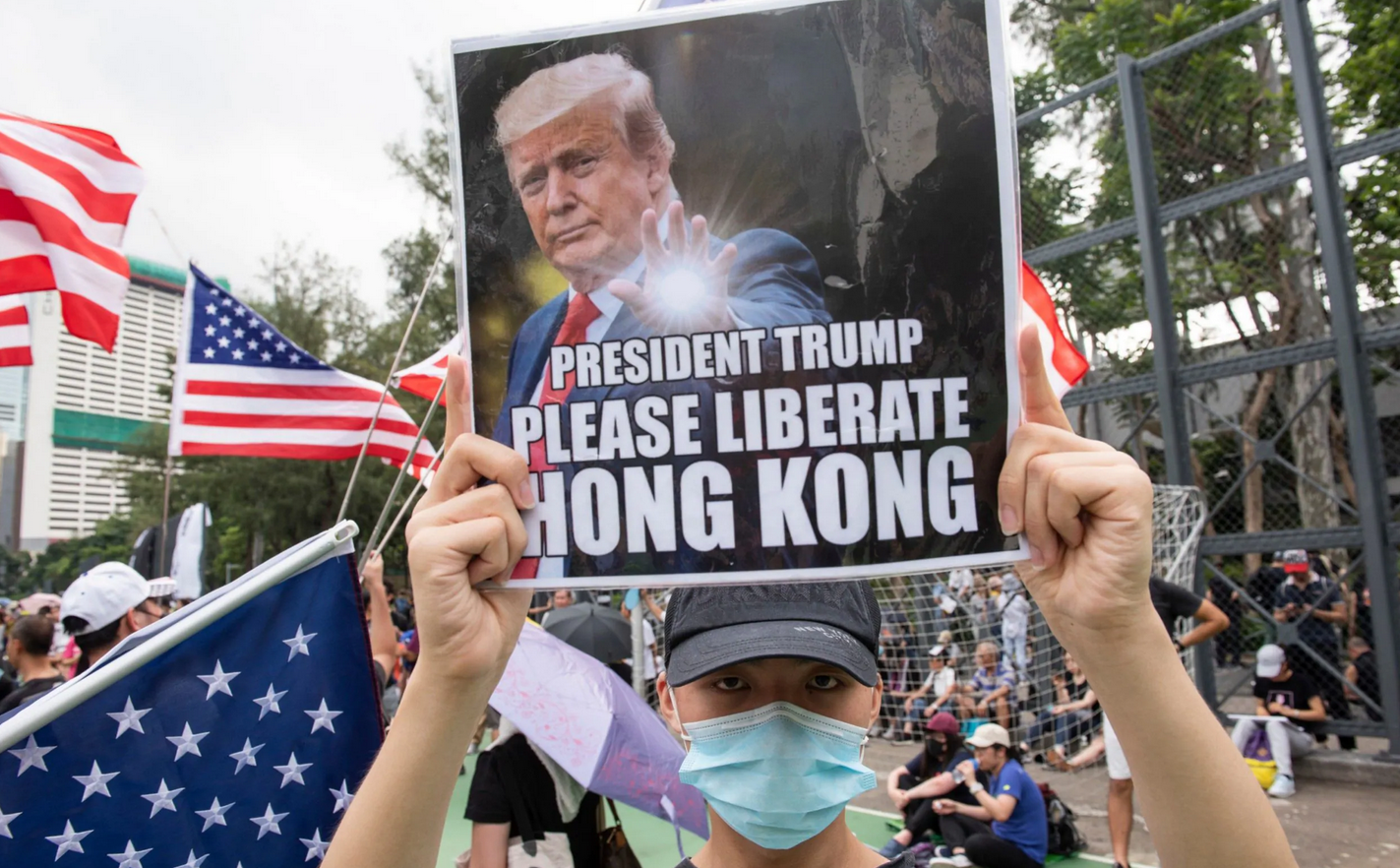 On pure politics alone, you have to give China credit: They opportunistically used a global pandemic to end Hong Kong's autonomy.
The execution so far has been perfect. Six months ago they appeared to be on the edge of sending in the mainland police in a move that would have triggered massive protests and enormous international pressure. Instead, the pandemic fell into their lap and they put out a garbled 'proposal' with vague reassurances. Effectively, they can now can supersede Hong Kong's legislature.
Make no mistake, this is the end of Hong Kong. Mainland police will be on the ground.
Naturally, they masked it in with the classic justifications about security and foreign interference. So far it's worked. I hope I'm wrong, but I don't see it capturing the world's imagination and not much of the market cares right now.
The story now is the limp US political response. Sanctioning a few individuals and banks? Do they think that's going to discourage Beijing?
Here's Senator Josh Hawley who is grandstanding on a harshly worded letter:

That's laughable.
China has read the situation correctly: The US isn't going to do anything meaningful. Even uberhawk Pompeo basically folded: 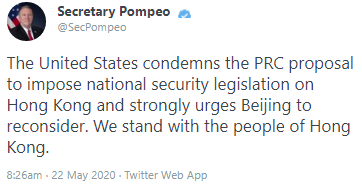 Yesterday Trump appeared to have no idea what was happening, saying "nobody knows yet" the details of China's plan. "If it happens we'll address that issue very strongly," he said.
We'll see and that's the big risk for markets in the days ahead. Further out, China made a chilling change in the usual statement about Taiwan.

"We will encourage them to join us in opposing Taiwan independence and promoting China's reunification," Li said. "With these efforts, we can surely create a beautiful future for the rejuvenation of the Chinese nation."

Traditionally, the word 'peace' precedes 'reunification' in this statement.
This is well-and-truly the beginning of an expansionist China and its march towards regional dominance.
In terms of markets, appeasement from the US is actually a positive for markets in the short-term -- at least outside of Hong Kong. That could change if the US decides to draw a line in the sand.
See here for global coronavirus case data