China has "unreliable entities list" ready to be published

Depends on the US/China talks

China has it's unreliable entities list ready to be published in the event of souring US China talks.
The list is aimed at punishing firms that are deemed to be harmful to the Chinese interests.
According to sources the list is ready, but it still needed to go through an approval process.
At the end of May, China's Ministry of commerce said it would draw up such a list to target foreign companies, groups and individuals who block supplies to Chinese companies 49 commercial reasons and violate market rules.
Saber rattling?  Yes. That has been part of the game for a while (as has more concrete actions from both sides).
The USDJPY dipped to the 108.25 level on the headlines, but is back up to 108.42. That, however is below the 108.47 highs from September and early October. 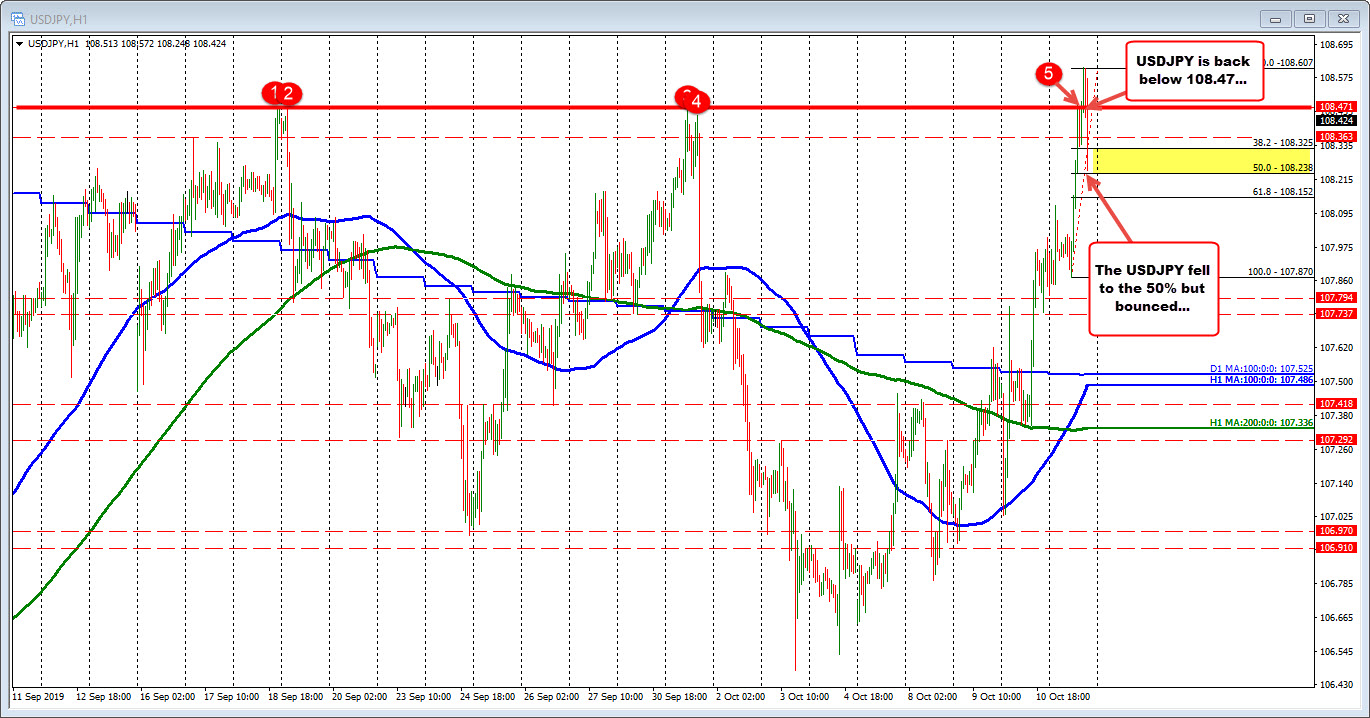