Did we just see the last gasp for the dollar?

What a weak bounce 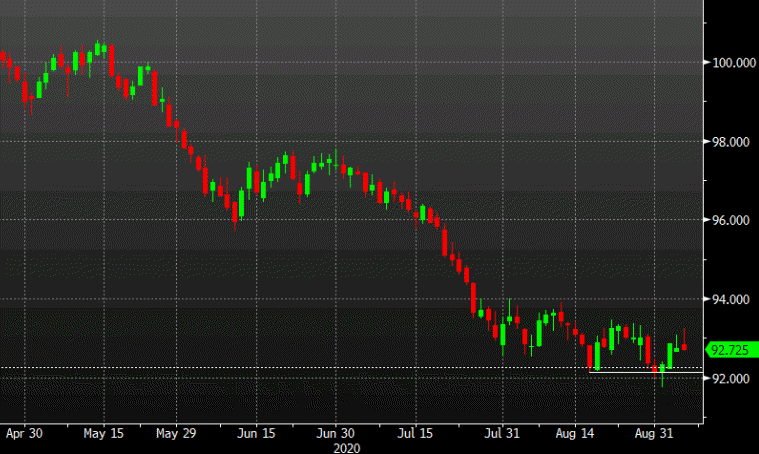 The past two days should have been a boon for the US dollar. Instead, even at the peak of the uncertainty in market it couldn't make a meaningful dent in any of the big moves in the past few weeks.
It's ominous.
The dollar was already testing some major lows but the last three days can barely qualify as a dead-cat bounce when it should have had everything working for it.
The ECB isn't going to be able to jawbone this move. I don't know what's going to stop it but the path lower for the dollar appears increasingly clear.